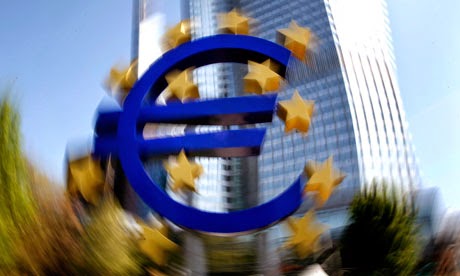 Portugal this morning followed the lead set by Ireland and Greece and issued new debt for the first time since its bailout in 2011.

Portugal managed to sell €750m of 10 year bonds at an average borrowing cost of 3.58% and with demand totalling €2.6bn (3.47 times the desired amount). This is a successful return, albeit not quite as large as Greece’s or Ireland’s issuance.

Again, many people will be asking why a country with uncertain funding conditions over the coming years saw such solid demand for its debt, even before it exited its bailout. As with Greece, we would say many of the factors are more to do with the state of the broader market than specific to Portugal:

One specific point to note though is that, on top of the general support given by the ECB mentioned above, it also gave Portugal a more direct helping hand.

Die Welt reported on this issue today, terming it a “trick”. In reality, the ECB has altered its collateral rules so that, when Portugal exits its bailout, its government bonds will still be eligible as collateral for its lending operations. The change was snuck through as part of a package of changes in ECB/2014/10 ‘amending guidelines for ECB/2011/10’ last month.

The ECB’s line seems to be that this was simply a move to bring all the ratings from different agencies into line for collateral, so they correspond to the correct level in the other agencies. This is a fair point, but the timing seems more than coincidental, especially since these rules have been in place since 2011.

The thinking is that, without this change, demand for Portuguese debt would have been limited since it couldn’t be used to gain liquidity from the ECB (we explained here why ratings are still important for just this reason). As such, the ECB looks to have given Portugal a helping hand.

We have written before about concerns over the ECB’s independence during the crisis, particularly in relation to adjusting its technical rules to aid struggling countries. This seems pretty close to falling into that category and highlights that, even though the crisis has eased somewhat, the ECB still finds itself treading some difficult boundaries with regards to its independence.

All that said, this remains a positive, if small, first step for Portugal. Questions remain about whether it will be able to fully fund itself without a credit line from the EU/IMF and whether export growth will be enough to offset the collapse in domestic demand and investment.