Since our last post on this issue things seem to have only got worse for Finland.

The European Commission’s latest economic forecast (see table below, click to enlarge) made pretty dire reading with Finland expected to be one of the worst performers in terms of economic growth over the next two years. 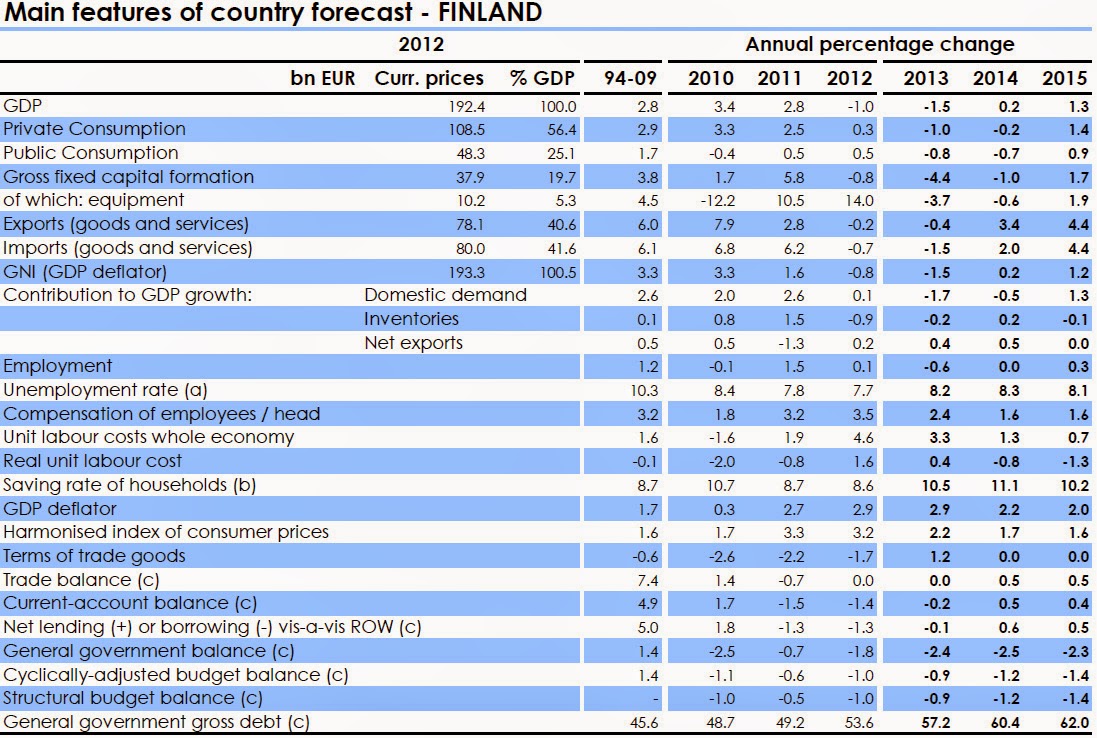 Furthermore, it seems that the credit rating agency S&P has finally caught up with our analysis of Finland, putting its AAA rating on negative outlook, suggesting that it may lose it in the next couple of years. Similar to our concerns about the rebalancing of the Finnish economy, the demographic problems and a stubborn lack of competitiveness, S&P noted:

“Finland’s persistent subpar growth rate reflects deep structural demographic and economic imbalances that hamper the government’s efforts to achieve fiscal consolidation. We consider that there are downside risks to growth and policy implementation.”

“We believe that the economy remains vulnerable to any slowdown of economic activity in the euro area or among other major trading partners, such as Russia.”

As the second part of the quote suggests, the situation in Ukraine and the potential sanctions on Russia are also likely to worsen the outlook for Finland.

The graphs above (data from Bank of Finland) highlight that Russia accounts for a decent chunk of Finnish trade and given the dwindling sources of growth any hit to this could certainly hamper the rebalancing of the economy and the reform/recovery process. 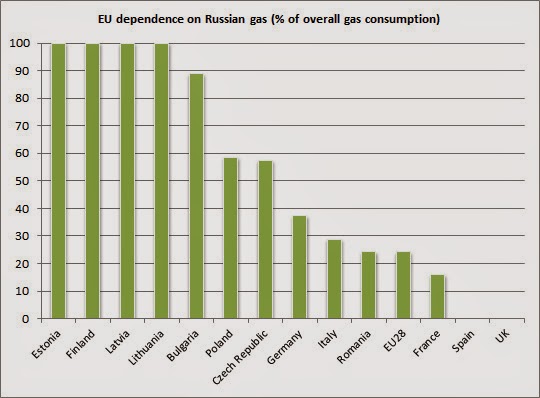 Once again, all this is not to say that Finland is an economic basket case, far from it, but that even the healthy economies in Europe are undergoing some serious overhauls and reforms, further complicating the crisis response and, now, dealing with issues such as the Ukraine-Russia crisis.