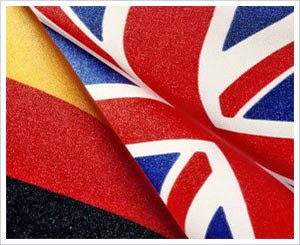 Die Welt’s Economic Editor Tobias Kaiser has an opinion piece in today’s paper entitled entitled “Stay with us, Brits”, in which he argues that:

“Berlin needs London as a partner in the fight for fiscal reason [in the EU].”

“Berlin and London have to put their ideas of Europe against the French coined version of European etatism… The openness of the European economy has to be guaranteed and the protectionist regulations and national rules – which still prevent the development of a genuinely free exchange of goods, people, and ideas within Europe – have to be dismantled.”

This is an argument we have been making for a while. In 2012, following the election of Francois Hollande as French President, Open Europe Director Mats Persson argued that:

“Hollande simply rubs the Germans up the wrong way. His spending rhetoric is an outright challenge to German Chancellor Angela Merkel’s vision of a euro firmly grounded in Prussian budget discipline.”

“Therefore, though it won’t be easy, the scope for a new bargain between London and Berlin – based on Britain needing new terms of EU engagement if it is to remain inside, and Germany needing the UK’s quiet support for a more economically sustainable euro – is possibly greater than ever.”

While Hollande’s push against austerity has waned, the process of Anglo-German cooperation has gained pace – exemplified by the recent joint op-ed in the FT where George Osborne and Wolfgang Schäuble agreed on the need for safeguards for the single market in the face of tighter political and economic integration in the eurozone.

Kaiser’s call for greater economic openness within the EU also echoes the argument in favour of greater services liberalisation by Die Zeit‘s London correspondent John F. Jungclausen, who cited Open Europe’s report which found that removing barriers to cross-border services trade could alone produce a permanent increase to EU-wide GDP of up to 2.3% or €294bn.

It’s good to see the process beginning to bear fruit and gain wider traction in the German media, particularly on the specific areas where reform is necessary. As we pointed out ahead of Chancellor Merkel’s recent visit to the UK, there is scope for a wide ranging ‘Anglo-German bargain’ in areas such as EU migrants’ access to benefits, greater powers for national parliaments, and the devolution of some EU back to the national or local level. According to a recent Open Europe/YouGov poll, an EU reform agenda built on these pillars would enjoy significant public support in both countries.

With all this in mind, now would seem the perfect time for the UK government to begin road-testing specific reforms in Germany and other countries.