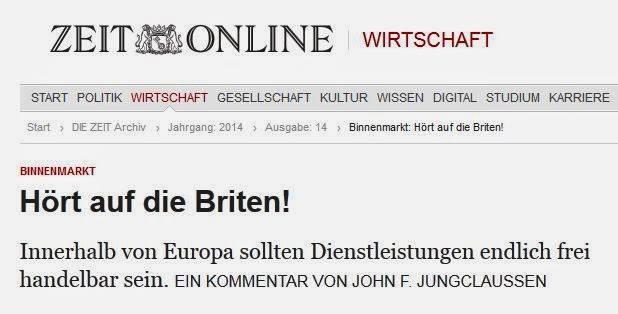 One of the constant frustrations at Open Europe is that the EU debate  is too often artificially framed between two camps: “in at any cost” and “out at any price.”

That media likes a good shouting match is nothing new, but the biggest victim from framing the debate in such a way is substance. UK media and politics are inherently adversarial, following the logic of two politicians debating over the despatch box. It has its charm and benefits, but when translated to European politics it doesn’t quite work, primarily because there are many positions on Europe, with the majority position still being staying in a heavily reformed Europe.

As we noted before, for their part, European media are often far too keen to simply copy the artificial two-camp narrative, leading to a conversation of the deaf.

This may now be changing slowly.  Earlier this year, Open Europe and the Fresh Start group of MPs brought together 400 of Europe’s leading reformers at our EU Reform Conference to discuss the next steps. After all, saying reform is necessary without the policy to back it up is all talk and no trousers.

Which is why it’s encouraging to see John F. Jungclaussen, the London correspondent for German weekly, Die Zeit, noting that:

There are not only shrill tones in the cacophony of the British Europe debate. In the lower frequencies, there are contributions which Europe should urgently listen to. They come from a group of parliamentarians from both Houses [of Parliament] and different parties that joined efforts because they want to engage constructively. Together with the think tank Open Europe, they develop concrete reform proposals which are just as pragmatic as they are meaningful.

Jungclaussen cites Open Europe’s report showing that further liberalising the EU’s services markets would produce a permanent increase to EU-wide GDP of up to 2.3% or €294bn, as a “particularly good example” of one such proposal.

Jungclaussen’s piece shows that this more nuanced understanding of the debate carries traction, not only in the UK, but across Europe.