EU migrants’ access to benefits: A cross-party concern in Denmark 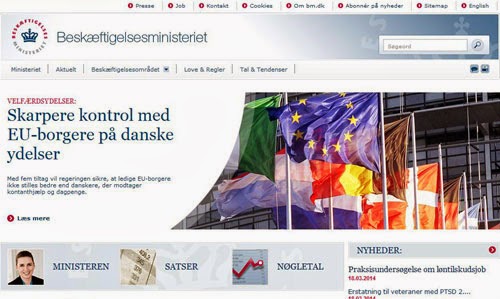 We flagged up last week that the debate on EU migrants’ access to benefits was kicking off in Denmark – potentially leading to a row with the European Commission.

New figures have been unveiled that will do little to assuage political tensions. According to the Danish Employment Ministry, government spending on unemployment benefits to migrants from Eastern and Central Europe has increased tenfold between 2008 and 2012 – from DKK 32 million to DKK 345 million.

The data prompted criticism from across the political spectrum – confirming that EU migrants’ access to state welfare is very much a cross-party issue in Denmark.

We need to discuss what kind of protection we’re able to offer in these cases. It’s not a problem that will disappear.

The figure has risen quite dramatically, so we must take it seriously. We cherish freedom of movement, which makes Denmark wealthier. But we’re also prepared to introduce controls and the necessary safeguards.

Interestingly, a proposal by the left-wing opposition Red–Green Alliance to make sure that EU citizens also pay Danish social insurance contributions in order to create “a level-playing field to qualify for unemployment benefits” is being supported by the anti-immigration Danish People’s Party.

Meanwhile, the European Commission has announced that it will take legal action against Finland, which has a similar welfare system to Denmark and will therefore be backed by the Danish government in the legal challenge. The Commission has said it hasn’t yet had time to look properly at how the Danish system currently works and what is being proposed (check out our previous blog for more detail), but informally it has said that the newly proposed measures look “illogical”.

This looks set to run and run…