Where are the real fault lines in the EU?

Ipsos Mori has this week published an interesting poll on public attitudes* in ten EU member states. Across the ten countries as a whole relatively few people want to leave the EU outright (18% on average), but the single most popular option is staying in the EU but reducing its powers (34%).

Just over a third want to see either the EU’s powers strengthened further (19%), or even a long-term policy of working towards a single European government (18%) – click to enlarge the charts. 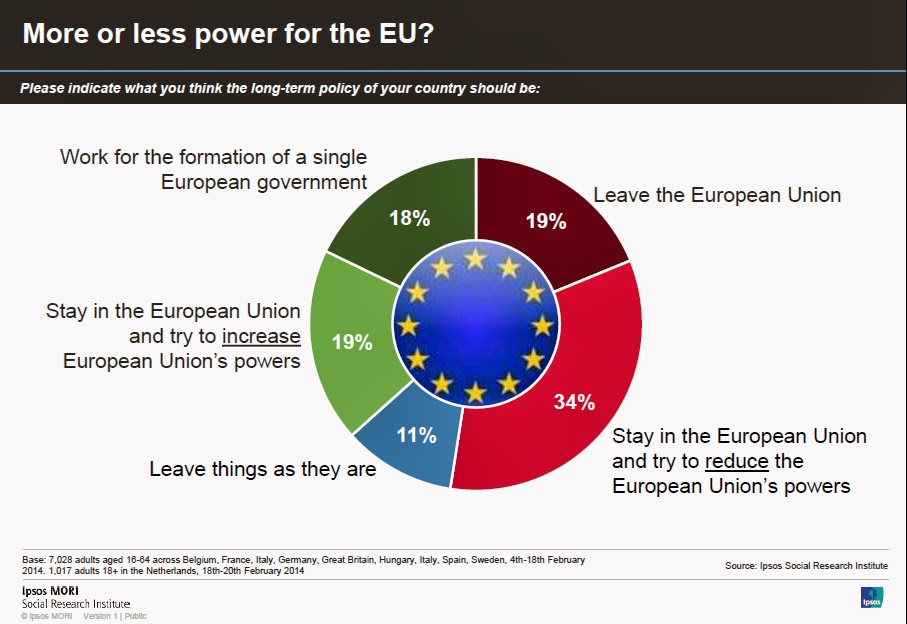 Broken down by country, the British (68%), along with the Swedes and Dutch (69% and 68% respectively) are most in favour of leaving or reducing the EU’s powers: 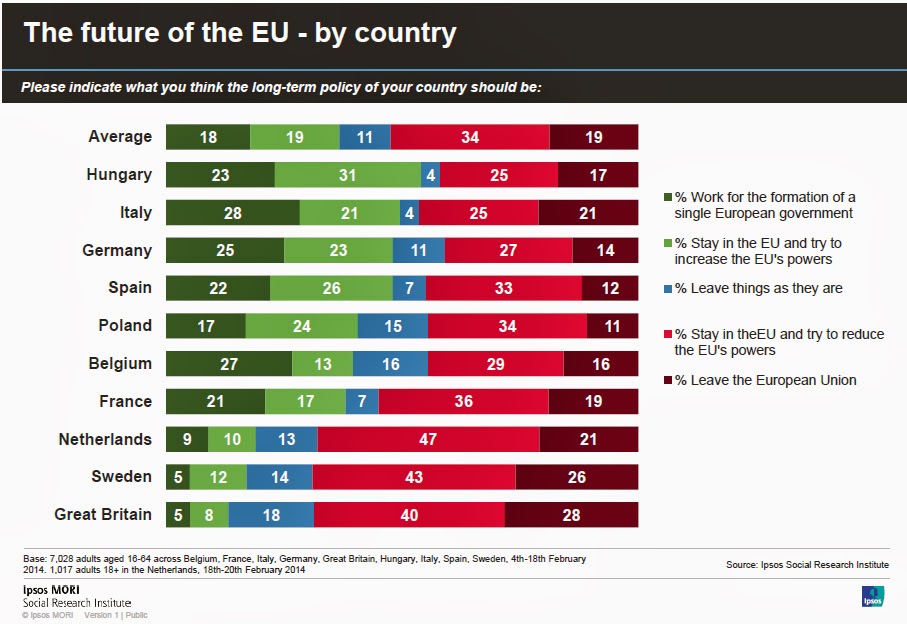 The research suggests that, on average, two in three (68%) think things across the EU are moving in the wrong direction. People from the Netherlands, Sweden, Belgium and Britain are in line with the average, but those in the Mediterranean countries are the most pessimistic. 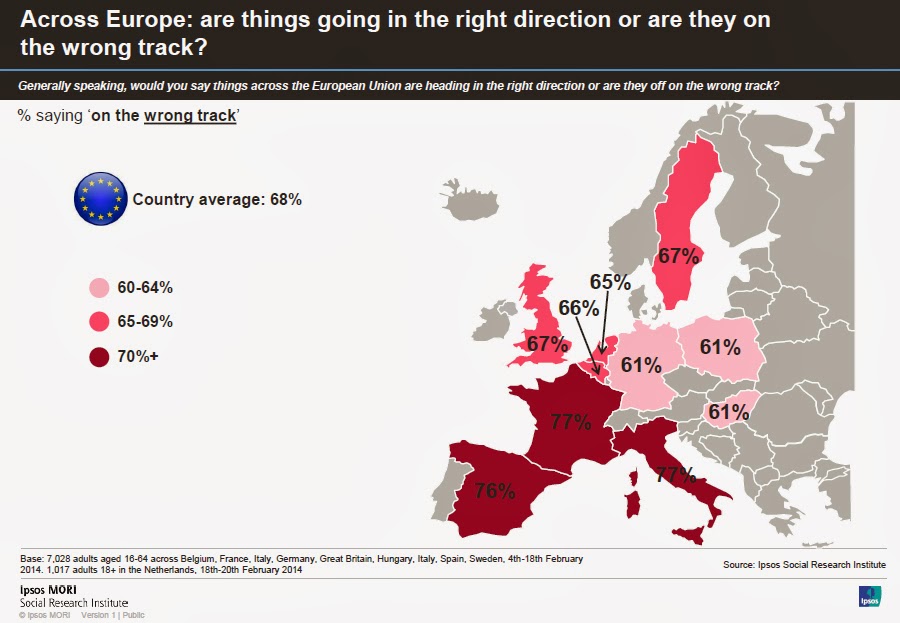 France, is the most pessimistic of the countries polled, whch seems to have a lot to do with the state of the country’s economy. People in France, Italy and Spain are all particularly negative about the EU’s impact on the economy (74%, 74%, and 68% respectively are critical), and many feel that their economy has been damaged by the demands of austerity (75%, 70%, and 75% respectively).

The UK political debate on Europe may be a few years ahead of many other countries (perhaps with the exception of the Netherlands), but at the level of the individual, there are many people disenchanted with the European project. Many countries are deeply split but, on average, there is clearly an appetitie for the EU to do less. Most interesting though is the striking fault line in the eurozone. Francois Hollande has had precious little influence on EU policy since his election as president, but the question is, how long before the French public’s disenchantment is reperesented by its politicians?

If you think the UK is the awkward partner, imagine if French politicians actually started telling Chancellor Merkel what their people think about Europe.

* It should be noted that the poll is not representative of the entire electorate in Belgium, France, Great Britain, Germany, Hungary, Italy, Poland, Spain and Sweden (where 16-64 year olds were interviewed), while the Dutch panel is representative of voters. Why they chose not to poll people over 65 is unclear and in our view is likely to skew the results somewhat (in different directions for different countries).