As we noted last month, a lot has been pinned on the March ECB meeting, with the release of new data potentially facilitating further easing action.

But on the eve of the meeting, analysts remain split, although the sense is that the pressure for significant action is easing. February’s inflation data came in above expectations, with core inflation (removing the effect of short-term moves in energy and food prices) actually at 1% – still very low but well above expectations. We’ve also seen positive PMIs (indicators of private sector business activity) across the eurozone and in some of the struggling countries, although France remains behind the curve.

With that in mind, it looks as if the ECB will shy away from taking a major decision on Quantitative Easing or a negative deposit rate. These remain drastic actions which the ECB is clearly unsure about, and with good reason. It’s not clear what the side-effects would be of such action or that it would actually feed through to tackling low inflation in the periphery or boosting lending to the real economy (and therefore economic growth).

There are a few other options on the table. Another, more targeted long-term lending operation (LTRO), or purchases of private sector assets, probably packaged bank loans (asset-backed securities). These are possible and more likely than the above, but for reasons discussed before, would also be quite a big step by the ECB.

The most likely options remain a token rate cut (i.e. one without an accompanying cut to the deposit rate), a further extension of the unlimited fixed rate liquidity provision and the end to ECB sterilisation of the Securities Markets Programme (SMP) bond purchases. We have outlined before that, at this stage, a rate cut makes little difference as the transmission mechanism is broken, at least to the areas where the impact of the cut would like to be felt. Extension of the liquidity provision is also broadly inferred and was always expected to go on as long as is needed, in line with the forward guidance given.

We’ve yet to discuss the end to sterilisation, so we lay out a few points below.

As a recap, the SMP was a programme launched in 2010 to purchase government bonds on the secondary market and bring down borrowing costs for certain countries (which were hampering the transmission of monetary policy). The sterilisation process sees the liquidity introduced by these purchases absorbed by the ECB, through the issuance of corresponding amounts of one week fixed-term deposits with an interest rate of 0.25%.

Why take this measure? 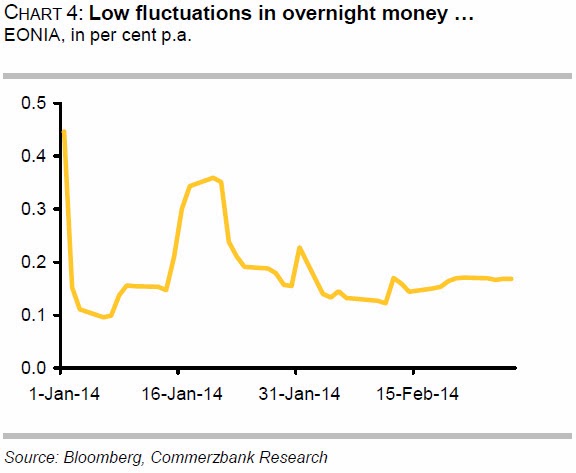 Will it have any impact?

Ultimately, ending SMP sterilisation would be a token compromise measure. Its greatest use is probably as an indicator of an on-going willingness to ease if needed, and of the ability to compromise on the issue from the Bundesbank side.