Merkel’s speech: far too early to jump to conclusions 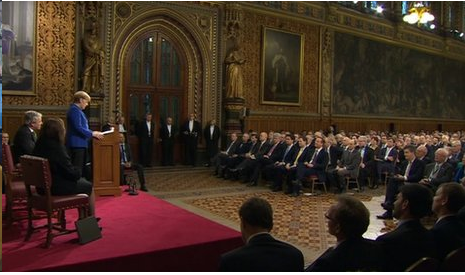 Chancellor Angela Merkel has delivered her much hyped and anticipated speech to both Houses of Parliament – so what conclusions can we draw and was it good or bad news for David Cameron’s EU strategy?

In short, Merkel delivered a very statesmanlike speech but there was little new here.

The Chancellor was never going to set out a definitive list of reform proposals or endorse/reject Cameron’s EU reform agenda. She made the point explicitly in (perfect) English that her speech would disappoint both those who hoped it would “pave the way for a fundamental reform of the European architecture which will satisfy all kinds of alleged or actual British wishes” and those who expected she would “deliver the clear and simple message that the rest of Europe is not prepared to pay almost any price to keep Britain in the European Union”.

Here are some of our key observations:

In summary, Merkel’s speech was a statesmanlike address. The rhetoric reflected Germany’s cultural and historical affinity with the EU but, without being specific, Merkel was equally clear about the need for the EU to change. She added, “Our ideas of how the future European Union ought to look like may vary on the details but we, Germany and Britain, share the goal of seeing a strong, competitive European Union join forces.”

Her pitch to Cameron could be summed up with her comments that “we need a strong United Kingdom with a strong voice inside the European Union. If we have that, we will be able to make the necessary changes for the benefit of all.” As we noted in our briefing, there is ample scope to translate these shared principles into concrete reforms which would attract a lot of public support in both countries. It is also worth remembering that when it comes to reforms, Merkel is a believer in a more gradual, step-by-step process as opposed to the huge all-encompassing package that many UK observers are looking out for.

It is now up to David Cameron to put forward concrete policy proposals, not only to the German Chancellor but to the wider EU negotiating table.