The Balance of Competence Review: some interesting stuff but this is becoming a painful process for Downing Street 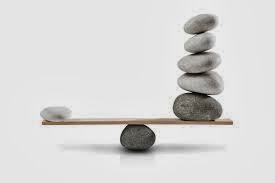 With little fanfare, the Government has today published the second round of Balance of EU Competences reports – now making it 14 reports published in total. We won’t accuse the Government of seeking to bury the latest batch of reports in the week of the worst UK floods for decades or a major announcement on an independent Scotland’s inability to use Sterling. Rather, it probably wanted to get them out before parliamentary recess.

However, the reports are a mixed bag with the most controversial one – free movement of workers – still missing. While the individual reports contain tales of dissatisfaction with the status quo and EU over interference within policy areas, the reports remain largely descriptive. None of the reports draws any deep conclusions on the broader balance of power between Westminster and Brussels, which they clearly didn’t set out to do.

Some of the other reports are far better than others. The Trade and Investment report is genuinely interesting, for example. While some disagree with the report’s conclusion that membership of the customs union and the single market represents the best option on offer for UK trade, the report does at least engage with the alternatives and key debates, such as whether the EU is trade diverting or creating and the fact that the European Parliament can be a liability in trade talks.

We agree that on trade grounds the UK is at the moment better off inside (a reformed) EU.

The Transport report expresses concern about EU action that “fails to take account of the distinct circumstances of Member States with peripheral geographic locations, such as the UK.” The Environment and Climate Change report also contained some interesting factoids. The House Builders Federation for example noted that “in some areas 85% of Community Infrastructure Levy is required for mitigation of the Habitats Directive 92/43/EEC, leaving little funding for schools and roads, commenting that this is disproportionate and unsustainable.” And that EU rules can add 18 months to the life cycle of a planning application.

These reports present a useful catalogue of the extent to which the EU now permeates almost all aspects of the UK economy and society, and the logical conclusions of the transport and environment papers is that we need to do more to maximise the EU’s trade opportunities but also have some seriously effective mechanisms to fight over-regulation, such as “red” and “green” cards for national parliaments.

Still, the desire for these reports not to reach any ‘controversial’ conclusions, whilst understandable on one level, has created another problem for David Cameron. European partners, media and his MPs may eventually ask ‘Why commission a review that seemingly contradicts your own policy?’ And why seek change when the “evidence” shows that everything is all well apart from some problems at the margins. We still think the basic idea behind the BoC is sound but there’s a problem with what this exercise has turned into. It’s not so much an attempt to assess the balance of powers but a descriptive public consultation. In its attempt to avoid drawing conclusions, it is doing precisely that, even when the wider criteria against which to measure EU involvement – which should be the point of this exercise – is absent.

Consider the Culture, Tourism and Sport report. In places, it reads like a European Commission advert for EU intervention. For example,

“…Over the last 20 years a Media Programme has supported some highly acclaimed British films including This is England (Shane Meadows, 2006), The King’s Speech (Tom Hooper, 2010) and The Iron Lady (Phyllida Lloyd, 2011). In 2010, UK companies received €8.7m to support the production, distribution and screening of films in the UK, and over €6.7m was invested to boost the European cinema releases of over 40 British films.”

That a report drafted by the Department for Culture, Media and Sport with evidence submitted by various organisations drawn from the culture sector should conclude that the EU’s culture competence is “an important source of funding for the sector, as a driver for new creative partnerships, and as a vehicle for promoting the UK’s ‘soft power’” is hardly a surprise.

Some spending on warm and fluffy initiatives such as films may seem like no big deal. But this is one of the fundamental problems with this entire exercise. Because there is no one weighing these micro aspects of EU membership against a wider set of principles it tells us little about the wider UK national interest. I.e. this funding is simply money the UK has already handed over to Brussels and that surely, if these projects should be publicly funded at all, this should be a decision made by people far more accountable to UK taxpayers than EU officials?

The Balance of Competence Review process was meant to provoke debate about the impact of the EU on the UK writ large. Unless he starts a process of putting these individual reports into the wider context of his vision for the EU, this could become a painful process for David Cameron.