Italian PM Letta will resign: What happens next? 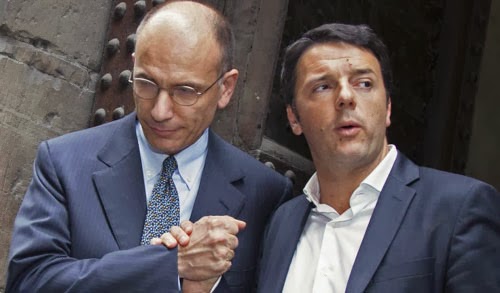 Italian Prime Minister Enrico Letta has announced he will tender his resignation to Italian President Giorgio Napolitano tomorrow. The dramatic development comes after Italy’s centre-left leader Matteo Renzi addressed a meeting of his Democratic Party earlier today. A few minutes before Renzi took the floor, it emerged Letta would not be attending the meeting – a clear sign of where things were going.

The three key points of Renzi’s speech were:

It now seems certain that the ‘staffetta’ (relay) will materialise – and we expressed our thoughts on the move in our previous blog post.

So what happens next? If you’re regular readers of this blog, you should know the drill by now – but just in case:

This is all you need to know to make sense of the latest political developments in Italy. For real-time updates, you can follow us on Twitter @OpenEurope and @LondonerVince.