BILD up in arms about Greek bailouts once again 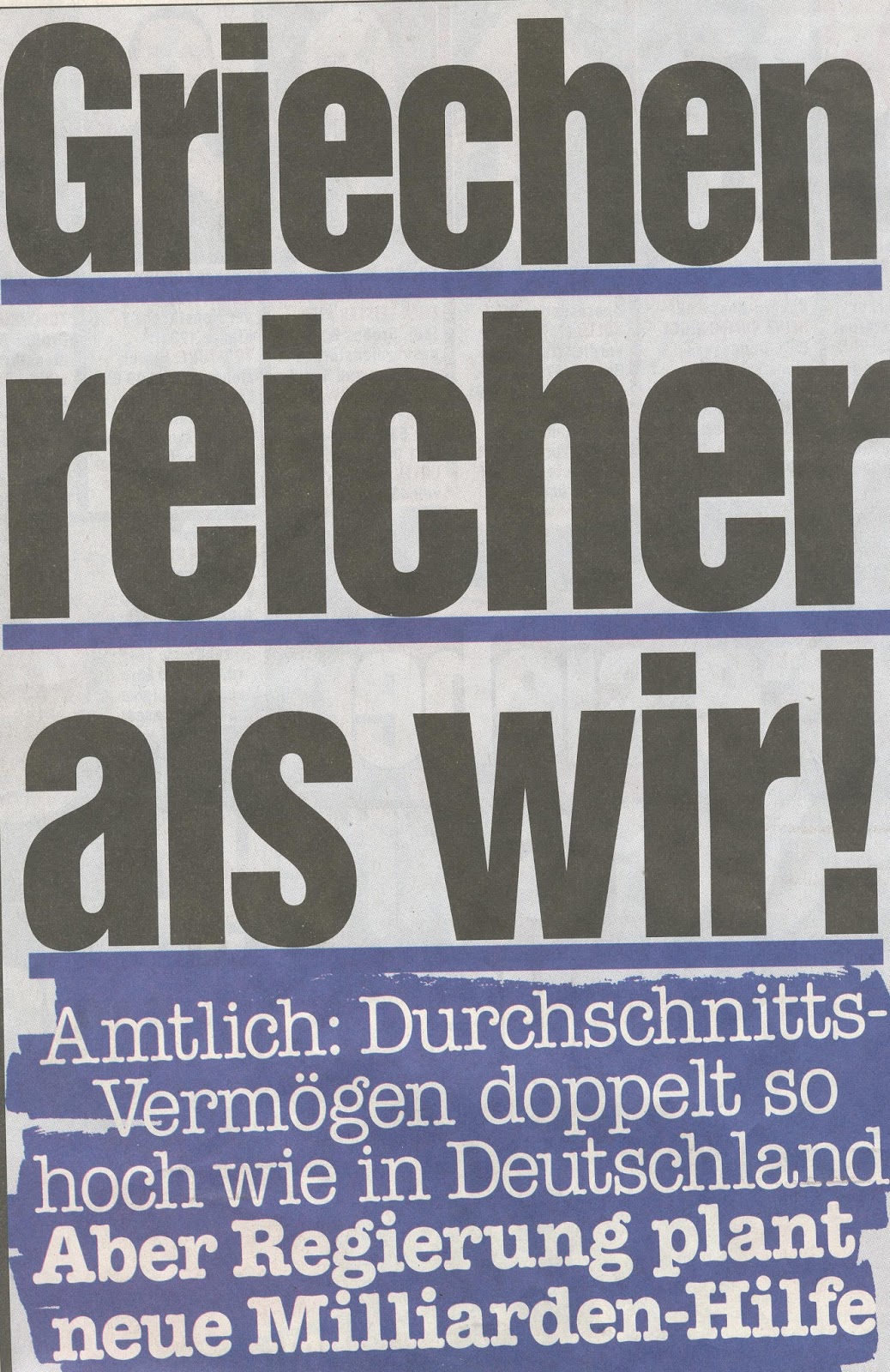 This is the front page of Germany’s (and Europe’s) largest  newspaper Bild. The headline reads:

“Greeks richer than us! …But [the German] government plans new billions of aid.”

Now this is not exactly a surprising or rare occurrence – we have pointed out the tabloid’s concern with the bailouts and other eurozone crisis actions before.

The story is based on the ECB wealth survey published last year. But as as we detailed on the blog at the time, the survey is actually quite misleading since it is based on old data and distorted by the much higher home ownership in peripheral Europe than in Germany. It also misses the point that tapping into such ‘wealth’ would be incredibly difficult.

In any case, with Greece continuing to struggle, even while the rest of the eurozone posts some positive results, the chances are that further assistance will be needed at some point. This remains a tricky proposition in Germany (and Greece, given the strings attached, we might add).