Are further falls in inflation putting more pressure on the ECB to act?

Friday saw the release of the flash estimate for annual inflation in the eurozone in January. It dropped further to 0.7% – well below the ECB’s target of 2%.

The initial reaction was that this will increase pressure on the ECB for action at this Thursday’s Governing Council meeting. While that is true on the surface its worth keeping another couple of points in mind. 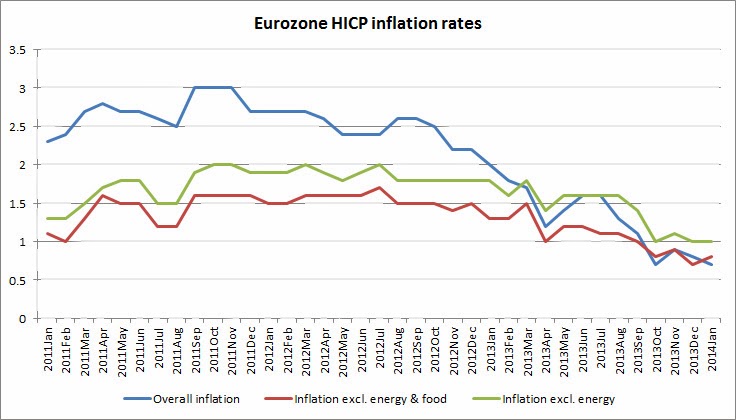 As we have suggested before, some further easing is looking likely. The real question is when and how? The data suggests to us that the ECB will wait until its March meeting and its updated inflation forecasts to make a judgement – but then again it went a month earlier than expected in November.

As for how, the most likely tools remain some form of targeted LTRO and/or purchases of bank loans but both programmes would require significant work and have numerous shortcomings, as we have already noted.