From the archives: The story of the 3% deficit limit 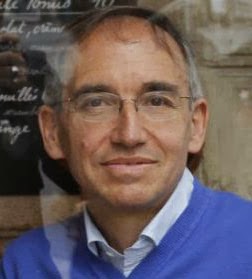 Okay, we know this is not exactly breaking news (the original story is from September 2012), but it came to our attention again and we felt compelled to post on it.

Back in the heyday of the eurozone crisis, Le Parisien interviewed Guy Abeille (see picture), a senior official at the French Finance Ministry who is thought to have ‘invented’ the 3% deficit-to-GDP limit later enshrined in the EU treaties and the cornerstone of the famed Stability and Growth Pact.

And Monsieur Abeille made some rather extraordinary revelations:

We came up with this number in less than an hour. It was born on the corner of a table, without any theoretical reflection.

It was a night of May 1981. Pierre Bilger, the Budget Director at the time, summoned us. He told us: [French President François] Mitterrand want us to provide him quickly with an easy rule, that sounds as coming from an economist, and can be opposed to the ministers that walk into his office asking for money.

We needed something simple…We were going towards FF 100bn deficit. That represented a deficit of over 2% [of GDP]. 1%? We dropped that number, impossible to achieve. 2%? That put us under too much pressure. 3%? It’s a good number, a number that has gone through the ages, it made one think of the Trinity.

Mitterrand wanted a rule, we gave him one.

In other words, it seems the deficit rule that has made so many politicians lose sleep, especially in the eurozone periphery, was cooked up in less time than it takes to roast a chicken and wasn’t based on any economic theory or even best practice.

We also can’t help but be reminded of the famed response of  a senior Anglo Irish Bank member when asked how he came up with the original bailout figure for the bank (which proved far too low) – I “picked it out of my a*se”. Quite. And it seems he wasn’t the first either.