ECJ rules against the UK in landmark short-selling case 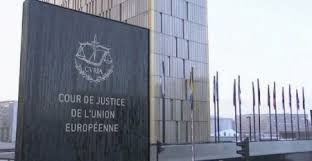 The ECJ this morning rejected all the UK’s claims against the EU’s short selling regulation. The result was surprising given that the Court’s Advocate General Niilo Jääskinen issued an opinion supporting the UK’s position last September – court rulings often, but not always, follow these opinions.

The nub of the UK’s complaint was that the new regulation transferred too much discretionary power to ESMA (the European Securities and Markets Authority) to ban short-selling over the heads of national regulators. And that the legal base for doing so in the EU treaties was unsatisfactory. The case could therefore set an important precedent.

The UK’s complaint as described by the court:

The United Kingdom contends, inter alia, that ESMA has been given a very large measure of discretion of a political nature which is at odds with EU principles relating to the delegation of powers. The United Kingdom also submits that Article 114 TFEU is not the correct legal basis for the adoption of the rules laid down in Article 28 of the regulation.

The full regulation and article 28 can be found here.

Here is what Jääskinen had to say about the complaint in September:

While he didn’t side with the UK on all issues, he did recommend changing the legal base of the regulation to Article 352, which would have given the UK a veto.

However, the ECJ took a very different line arguing that the regulation is in line with the treaties since ESMA already has a role to play in this area and because the powers are limited to times when financial market stability is in question – of course when this is, remains to be defined by ESMA itself. The court also suggests that, contrary to the Advocate General’s view, the new rules do provide for harmonisation.

As we noted before, this ruling has the potential to be very important for the UK and could set the tone/precedent for future rulings. The court’s decision to reject the UK’s claim could have some important implications:

Given that the ECJ rejected all aspects of the UK’s claim, it is dismissed entirely. There is little more the UK can do from a legal aspect, unless it decides to challenge other parts of the regulation but that seems unlikely.

The UK can continue to work behind the scenes to limit the practical power of ESMA and define strict criteria for when it can act on this issue. Of course, if any decision to limit short-selling by ESMA does happen, it could always challenge that specific move.

Nevertheless, this is clearly a political blow to the UK.