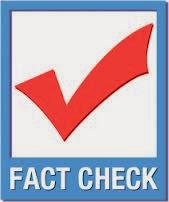 Update 1:20pm: The FT has told us that it was the German Perm Rep in Brussels that sent the FT the quote, in reply to the question: “I’m trying to understand what the German position is on this matter and I’d be keen to know whether Berlin shares the UK view of curbing free movement of European Union workers.” If that’s the case then the German Perm Rep should obviously share some responsibility for recycling the quote and not being clear about the source or context of it. That said, we still think it’s an odd basis for such a major splash and, as we argue below, conflates the issues involved since Cameron has not actually advocated a cap on current EU migration.

“Germany has benefited tremendously from this and surely more than others. Now many young people from southern Europe are coming to us, to learn and study. That benefits us and also helps the states from which they come. Whoever questions that damages Europe and damages Germany.”

However, a little digging in the German press reveals that there’s something fishy about Steinmeier’s apparent criticism of Cameron.

Firstly, his comments were first reported on 2 January by German daily Sueddeutsche Zeitung, so this is not a new quote. Secondly, and much more importantly, his comments were not in response to anything proposed by the UK at all. In fact, he was responding to proposals from his CSU coalition partner. The original story made no mention of Cameron or the UK. So, unless Steinmeier repeated the quote to the reporters, the FT effectively extrapolated from a quote that was given specifically in the context of German Coalition politics.

It so happens that the CSU’s ideas on EU migration quite closely resemble much of what the UK Government would like to do to tighten rules on access to benefits. Nevertheless, Steinmeier appears to be quoted completely out of context. This was a domestic German dispute about tackling the abuse of EU free movement (the German coalition fought fiercely about this at the turn of the year).

Even disregarding this (which is pretty difficult), the article is unclear on what issue Cameron is isolated over. It mentions outright “curbs” on EU migrants. We agree talk of this is unfortunate and that there’s very little appetite for this across Europe. Fortunately, curbs are neither an official Tory or Coalition policy. The article also makes a specific reference to beefed-up transitional controls on migration from future EU accession countries, based on new economic criteria (potentially a GDP per capita threshold) before their citizens are eligible for full free movement rights. We don’t know how much support there is for this proposal.

And finally, it also cites rules on access to benefits, for which there is support in Germany and elsewhere (though the extent is still unclear).

Now, we may agree or disagree with Cameron’s stated policy on EU migration, and as we’ve argued before, No 10 could have handled this situation a lot better.

But using a quote taken completely out of context as the key basis for a major splash does nothing to boost the quality of the wider political debate about the EU and immigration.