Banking union hits another bump in the road 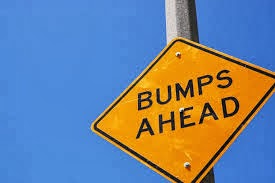 As Bloomberg and the FT reported last week, the recently agreed plans for a Single Bank Resolution Mechanism (SRM) could face further problems and possibly even a legal challenge at the European Court of Justice (ECJ).

The concerns focuses on the agreement to use an intergovernmental treaty to set up the resolution fund – a move demanded by Germany to provide additional legal safeguards against the pooling of risk and resources. The Commission has also raised concerns. More widely it relates to the fact that both the EP and Commission are unhappy with the compromise struck, believing it does not go far enough and does not follow the ‘community method’.

According to numerous media reports and a statement by the EP, this dispute could delay the adoption of the SRM until after the European elections – a delay which could increase market uncertainty, especially around the bank stress tests.

The prospect of a legal challenge has also been raised. But, would the EP have a case? Unfortunately, at this stage we have more questions than answers for you, but below are a few points to consider:

In any case, it will be an interesting dispute which could have some bearing on the future set up of the EU. One thing that is for sure though, is that it will lead to more delays and more questions being asked about the banking union deal.