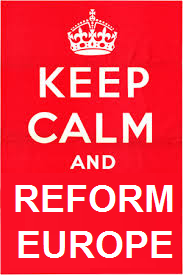 Advocates of ‘Out’ of the EU or the ‘Status Quo’, are fond of saying that EU reform is impossible – it suits their respective cases. They are wrong. Reform is possible, but will not happen on its own, reformers in the UK need to go out there and win allies and put forward solid thought-through proposals to make the EU more competitive and closer to voters.

This week Open Europe and the Fresh Start Project will attempt to do just that by hosting a ground-breaking conference for EU Reform in London.

It will be a landmark event – and the response to this conference has been absolutely amazing. A reminder to those who say there’s “no appetite” for reform in Europe that they may be speaking too soon. There will be 300 delegates from over 30 countries debating a full spectrum of ideas on how to achieve major reform in Europe. Keynote speakers include eight ministers from across the continent, leading business people, MPs, MEPs, former heads of state and a European Commissioner.

Here are some highlights:

What do we hope to achieve?One conference will not achieve #EUReform on its own, but ahead of a crucial year in Europe – with the European elections and the selection of a new European Commission – it’ll be a hugely important opportunity to really delve into the kind of policies that will achieve sweeping change in Europe. It’ls also be a key testing ground for what kind of reforms David Cameron might achieve ahead of a potential 2017 EU referendum.

We have provided a platform, now lets see what the delegates make of it…
﻿