Merkel: If you want more Europe, be prepared for EU treaty change 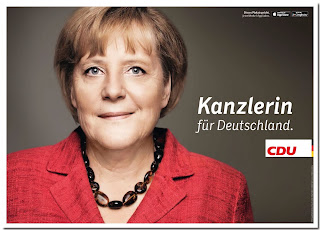 Angela Merkel this morning delivered her first Europe remarks at the helm of the new German Grand Coalition. It wasn’t a “Europe speech” per se but rather her usual pre-EU summit briefing in the Bundestag – although it undoubtedly had a bit more meaning since it is the first under the new coalition.

Two key points stood out to us:

First, she wants a Eurozone “banking union” to be agreed – and possibly up and running – at some point during 2014. However, as we noted in our pre-German election briefing, and which is most certainly being borne out by events, this is a watered down, very German version of banking union. This was clear from last night’s (partial) deal on banking union (more on this later). So if you’re the typical Anglo-Saxon economist hoping for a big, joint backstop – don’t hold your breath. This one will be messy.

“Those who want more Europe, also have to be prepared to reregulate new competences…We have a situation in Europe where everyone says, ‘We can do everything to evolve, but they one thing we can’t change are the treaties.’ I don’t think we will develop a Europe that functions in this manner.”

Translation: if you want us to underwrite the euro, we need ‘see-you-in-court’ style supervisory powers, firmly grounded in law. That means, EU treaty change.