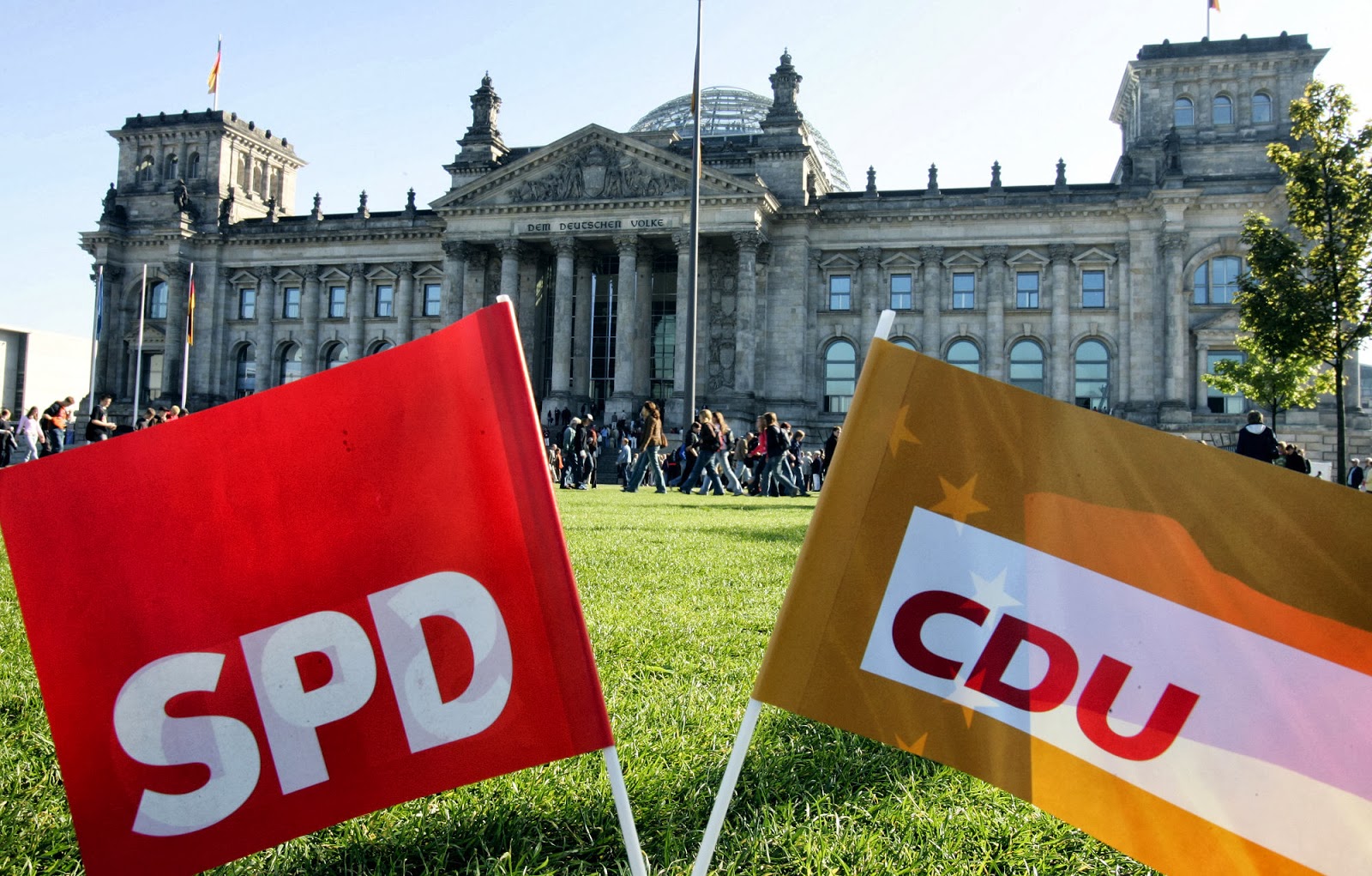 We have seen a first draft of the German coalition government agreement (the final agreement is expected tomorrow), courtesy of Green politician Malte Spitz who published the draft on his blog late yesterday evening.

The German media has begun delving into the document while the English speaking press continues to lag behind.

The document contains some key insights about how the new government will view Europe and conduct its EU policy, below we pick out the most important parts:

Overall vision of the EU
The agreement stresses that German must become an official working language of the EU alongside French and English – not entirely surprising given that it was a CDU/CSU electoral pledge, but it highlights that Germany is slowly becoming more comfortable with its role in Europe.

There is also a strong emphasis on “subsidiarity” and that the EU must only act where action on other levels is not sufficient. It also highlights that Germany is keen to deepen ties with Poland and maintain the “unique” Franco-German partnership. This may not mean much, but it definitely isn’t a nod to David Cameron.

In terms of democratic legitimacy, the agreement calls for a “strong role” for the European Parliament and “close involvement” of national parliaments  in the decision making process. It also calls for a standard minimum threshold for the allocation of seats under European elections and a “single European suffrage” to add to stable majorities at the European Parliament. The final point here is the call for a “stringent and efficient” set of Commissioners – possibly a hint towards reducing the number of Commissioners and focusing them on policy areas rather than allowing one for each member.

Eurozone crisis
The agreement contains few details on the new government’s approach to the banking union and specifically the resolution funds – given that this is known to be a part of the negotiations it is surprising nothing has been included, maybe a sign that an agreement has been hard to come by.

The document also contains a rare admission from Germany that the causes of the crisis are “varied” and extend well beyond fiscal profligacy. Specifically to “competitiveness”, “imbalances” and “design defects” in the EMU which led to problems in the financial markets.

As for the way out of the crisis – as we predicted – much more of the same can be expected:

“[The eurozone must] combine structural reforms to increase competitiveness, and a strict, sustained continuation of budget consolidation for increased competitiveness with future investment in growth that combines employment in socially-balanced way.”

Again as we pointed out in our pre-election briefing, the widely mooted ‘Reform Contracts’ are likely to be a key tool in enforcing these changes. In particular, the contracts will be democratically grounded and enforceable (although the exact mechanism for this is still unclear):

“We are committed to ensuring that the euro countries agree on democratically- legitimised binding and enforceable contractual reform agreements on the European level. [These reform contracts] will be directed to achieving the goals of competitiveness, sound and sustainable finances, growth and employment.”

Any form of debt pooling is strictly ruled out, as we predicted in our pre-election briefing:

“The principle that each Member State is liable for its own obligations must be upheld. Any form of pooling of sovereign debt would jeopardise the necessary national policies in each Member State. National budget responsibility and supranational, joint liability are not compatible.”

The new coalition will not rule out further bailouts and will consider them but “only as a last resort” when the “stability of the eurozone as a whole is at risk”. Importantly, the agreement reiterates that any use of the ESM, the eurozone bailout fund, needs “approval of the Bundestag”.

The City of London may also have some grounds for concern, given that the document hints at more action on financial sector regulation, saying:

“The financial markets must be involved in the costs of the crisis, and must be guided back to their function as serving the Real-economy.”

Remember, this is only a draft. Nonetheless, the agreement looks to be very much as expected – no change of course on the eurozone, some mention of limiting EU power but a continued commitment to the EU and Europe. The draft however, remains vague on some key details. With important negotiations coming up on the eurozone banking union as well as in terms of the future of the EU, the new German government will have to flesh out its position significantly.