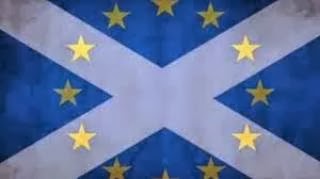 The SNP has today published its White Paper on an independent Scotland. Amongst its other analysis it sets out a strategy towards the EU. It has always been clear that if Scotland votes for independence there will need to be a negotiation with the rest of the UK on the terms for divorce, but it is now clear the SNP have an EU negotiating agenda too. Here are the main points:

Firstly, the SNP assume Scotland will remain in the EU and have a smooth transition from corporate UK membership to individual membership. They argue that “discussions [on EU accession] will be held during the period in which Scotland remains part of the UK”. These discussions will have to take in the following points:

So in an independent Scotland’s EU accession negotiations, the SNP will be asking for a number of special conditions already afforded to the UK. Firstly they would like their application to be considered while they remain a part of the UK, something they will also need UK approval for. They will then be asking for opt-outs from Schengen, the Euro, a JHA opt-in and perhaps most controversially a Scottish rebate.

Will the EU be a big deal in the Scottish referendum? The SNP seem to think it might be and are keen to defend themselves from accusations they might inadvertently leave the EU. Indeed they argue that “if we remain part of the UK, a referendum on future British membership of the EU could see Scotland taken out of the EU against the wishes of the people of Scotland.”

It is often thought that Scotland is less ‘eurosceptic’ than the rest of the UK. But is this true? One YouGov poll for instance suggests that 31% of Scots would vote to leave the EU against the UK average of 34% and that 55% would vote to stay in if David Cameron renegotiated and recommended a new deal the same as the UK average. Perhaps the SNP feel that if they were left inside the EU without a ‘Scottish’ rebate and their own version of the UK’s existing opt-outs they might see a challenge from a tartan version of UKIP?

So at a time when disillusion with the EU is growing in the UK, the SNP is, like the UK parties, keen to demonstrate they will not be ceding more (Scottish) power or money to the EU. They even accept that there are, as in the UK at large, some Scots “arguing for a looser form of partnership” with the EU.