Open Europe offers you a date with the future: what can the UK achieve in talks over its EU membership terms? 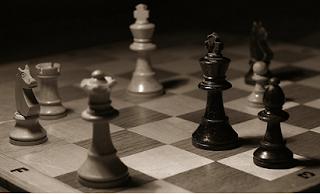 Have you ever wanted to be a fly on the wall when EU leaders negotiate the EU’s future? Well, Open Europe is offering you a front row seat at a simulation of what will arguably be the biggest negotiation round of them all: Will the UK will stay in the EU or negotiate a new relationship from the outside? If you are interested in the UK’s future in Europe (and let’s face it you must be if you’re reading this blog), then this is an event you cannot afford to miss.

Such simulations are commonly referred to as ‘war-games’, and our event will take place in our specially customised ‘war room’ in Westminster on 11 December, featuring leading European politicians and experts – many of whom are themselves involved in EU talks. This is a completely new and innovative experiment intended to bring some substance to what tends to be a highly theoretical debate (which tends to vacillate between two extreme positions), and, we must admit, we’re very excited.

By far the most common question we get these days is: what deal will David Cameron be able to strike in Europe? This is usually followed up with questions like:

“Will EU partners grant Cameron any meaningful concessions?”
“Will there be an EU treaty change?”
“What areas can Cameron devolve back to member states?”
“What can he do on issues like free movement of workers or the UK’s budget contribution?”

“Would the UK not get a better deal outside the EU anyway?”

All of these issues will be tackled in the course of our game.

War games are commonly used by a wide range of actors including investment banks, governments and intelligence bodies in order to simulate developments in areas such as diplomacy, politics and business, with players responding to unfolding events in real time. The outcomes often prove highly influential on actual policy decisions. For example, it is said that the German government war-gamed Greece’s exit from the euro – and decided not to pull the trigger.

The majority of the time, these are conducted behind closed doors. Not so in this instance.

We have a phenomenal roster to carry out the actual negotiations, including:

We’ll also have players representing Germany, Poland and the Visegrad group and the Netherlands and Belgium.

What makes our game really exciting is that it will cover two distinct scenarios; in the first, other EU member states have agreed to engage with the efforts to renegotiate Britain’s place in the EU, while in the second, ‘no’ is the starting point, triggering discussions over ‘Brexit’. That way it will be possible to compare the deal the UK would get staying inside a reformed EU and outside it.

For more information or to book a ticket, please visit our website or contact the Open Europe office.