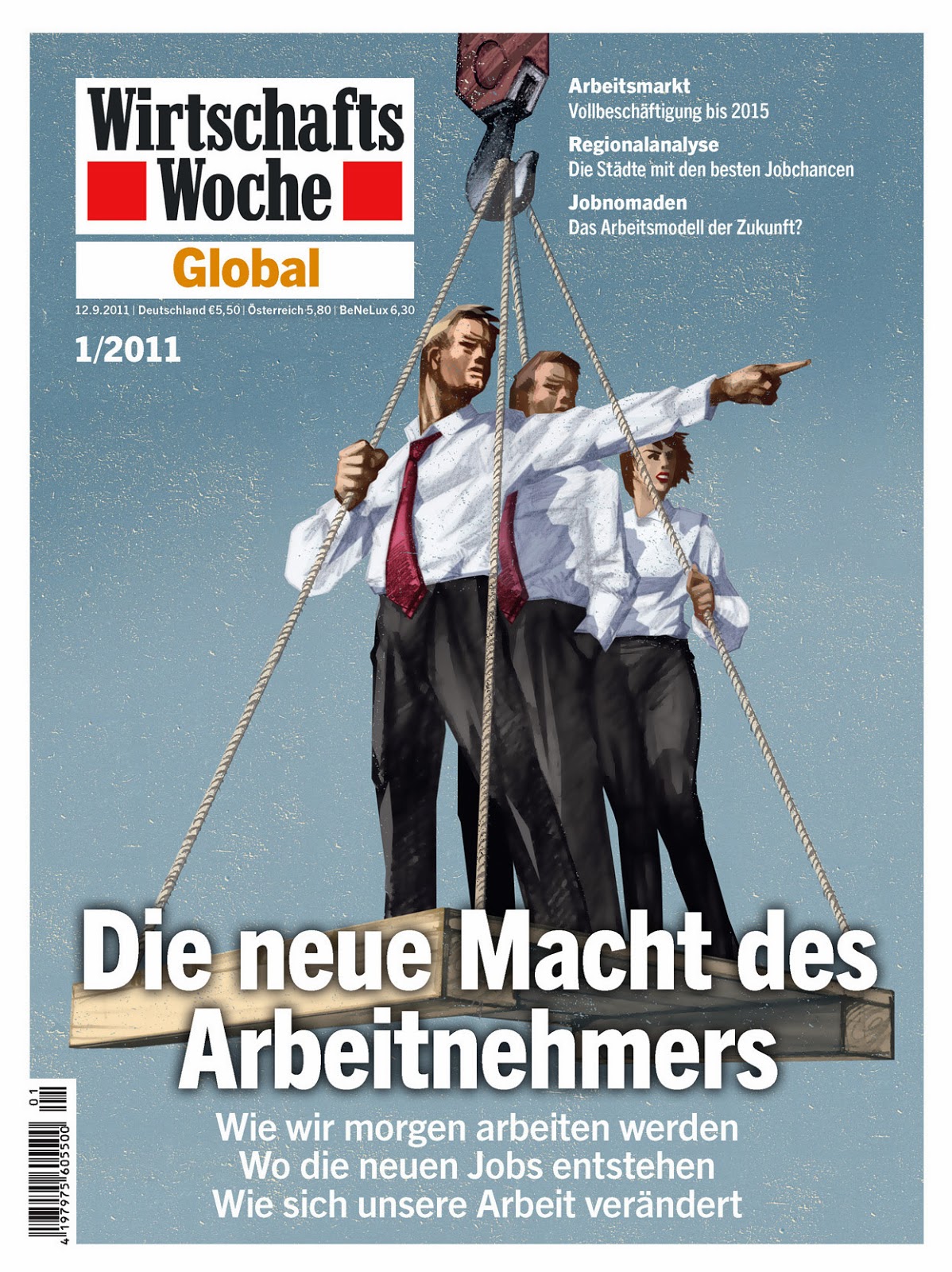 In her piece entitled, Finally – protests from business! Röhl commends business leaders for addressing “the blind alley the EU is in.”:

“Now business leaders have spoken up — some of them for the first time. This is not only good, but it is long overdue. All too often, business leaders find it too difficult to become involved in the political debate….It is not that initiatives were surprising in their substance, and neither are they new. But what is new, is that business itself is speaking. It is formulating its own needs, which are also the needs of the economy of a whole.”

“Anyone who wants to rob Europe of its diversity and drown it in Brussels fatuity, and all of this under the roof of a single currency, has failed splendidly in their rigidity. By throwing their gaze inwards rather than towards to world markets, they either do not care about European competitiveness, or, they have not understood the global economy.”

So, we’ve mostly had positive responses across the board to our joint-initiative – with the odd exception. A leader in the Swedish regional paper Göteborgs-Posten, for example, thinks it has cleverly spotted two “contradictions” in the article signed by some of Sweden’s top business people in Dagens Industri.

Firstly, the leader argues that it is inconsistent to call (as we do), for less EU regulation and more services liberalisation – because the latter would require “common rules.” That argument doesn’t cut the mustard, we’re afraid.

As we’ve pointed out many times before, it’s of course fully possible to be in favour of “more Europe” in areas like services liberalisation, and less EU regulation in other fields where it makes less sense for Brussels to be involved. Or is the paper really suggesting that the EU regulatory framework is pareto optimal at the moment and that there’s no room for a reform package whose net effect is less but better EU regulation? To bring it closer to home, it’s fully consistent to support an ambitious services directive while opposing, say, heavy-handed EU regulation on snus (a variant of dry sniff which is close to religion in Sweden – but a sales ban exists in the rest of the EU).  Also, in theory, under our preferred option – mutual recognition or a “passport” – you wouldn’t actually need more EU harmonisation, but let’s not split hairs. (Suggested reading: Open Europe: Services report, Open Europe blog: Services liberalisation ).

Secondly, the Göteborgs-Posten’s leader claims that to in order to “give citizens a stronger say over EU, more EU decisions needs to be made by directly election institutions – like the EU Parliament. Which in turn means more supra-nationalism [or federalism]”.

Yes, that’s the purist, federalist version of how to close the EU’s democratic deficit – transfer ultimate democratic accountability to the EP. However, where the leader finds its “contradiction” in the business article is hard to see. This federalist theory is a perfectly respectable one but it reached its prime about a decade ago. To some, the EP might still be part of the answer, but the debate has now self-evidently moved on to other ways in which to strengthen democratic legitimacy, including boosting the roles of national parliaments (where the Dutch – not the British – are leading the way). Göteborgs-Posten is about ten years late to this debate.
Nice try though.

Bottom line: In order for the EU to truly compete in the global economy, it needs to reform. It needs to be more flexible.  It needs fewer rules with a sharper focus. It needs to give  entrepreneurs the space to do what they do best: generate wealth and opportunity. With the right reforms, Europe totally has the potential to rise to the challenges of the 21st century.

To find out more about our initiative to ensure that Europe makes the reforms it needs order to be able to compete in the 21st century, click here.