Historic EU budget cut one step closer, but still plenty of scope to reform how it is spent 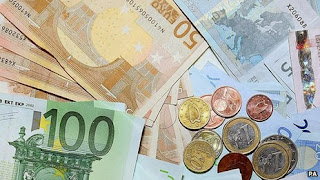 Following a reported 16 hour marathon negotiation, representatives from member states, the European Commission and the European Parliament struck a deal on the 2014 annual budget in the early hours of this morning.

As the sides failed to agree under the normal timetable, the so-called ‘conciliation’ process was invoked to tackle the remaining sticking point  – the final billion euros either on or off the Commission’s proposal. In the end the sides met roughly half-way – MEPs accepted a €400m cut and the member states agreed a €500m increase compared to their demands. As ever with the EU budget, politics and symbolism were just as important as the actual substance of how and where the money is spent.

Having said that, there is some good news – the budget sees actual payments of €135.5bn and new spending commitments of €142.6bn – decreases of 6.5% and 6.2% respectively compared to 2013. This reduction is because the 2014 budget is the first to be agreed under the new overall spending limits (2014-2020) agreed by David Cameron and other EU leaders back in February – the first ever long term budget to be lower than its predecessor. The coalition will therefore be able to credibly claim it has achieved tangible reform in this area.

The bad news, as we noted way back in June, is that in order to achieve these cuts, the UK was forced to swallow an additional €11.2bn in retroactive top ups (so called ‘amending budgets’) to EU spending in 2013. Without these tops ups, the EU budget would actually have seen a small real term increase from 2013 to 2104, albeit under the rate of inflation. The second tranche, coming in at €3.9bn, appears to have been formally signed off by ministers yesterday as well despite the UK’s opposition.

Furthermore, as we’ve said many times before, as well as the size, the substance of the budget remains hugely flawed with the bulk of the budget composed of growth destroying farm subsidies and regional development funds recycled between wealthier member states, and millions wasted on unnecessary quangos and institutions. So in summary a good start, but still plenty of scope for further reform.