When a group of business people who, amongst them, have helped to lead companies that employ around one million people, say something, it’s a good idea to listen.

In an unprecedented joint initiative, leading business men and women from across Northern Europe used a letter to the Sunday Times and op-ed articles published in today’s Frankfurter Allgemeine Zeitung and Dagens Industri to call on EU leaders to grasp the nettle and embrace reform.

The list of signatories, who have all signed in a personal capacity, includes household names and is particularly significant because many have not spoken out on the issue of ‘Europe’ before. They include Karl-Johan Persson, the CEO of Swedish retail giant H&M, Dr. h.c. August Oetker, Chairman of renowned German food producer, Dr. Oetker, Douglas Flint CBE, Group Chairman of HSBC Holdings, Joanna Shields, Chief Executive of Tech City, and Sir John Peace, Chairman of Standard Chartered Bank.

The business leaders and entrepreneurs who have signed up to this initiative come from businesses in different sectors of the economy and, uniquely, this initiative, coordinated by Open Europe, cuts across borders.

As you can see below, this has already caused quite a splash in Sweden, with the front page of the financial daily Dagens Industri carrying the headline “Come on, EU!”: 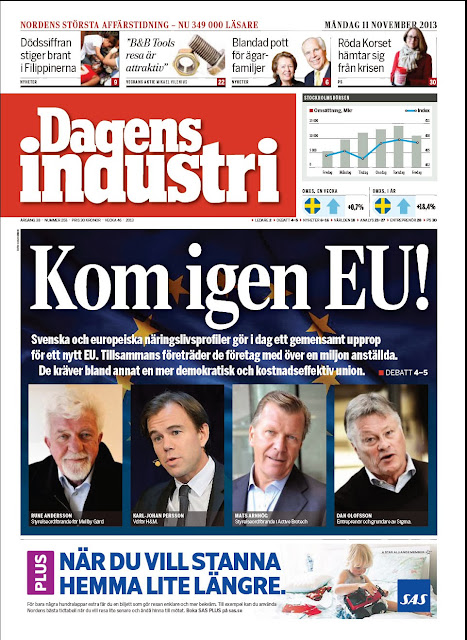 In Germany, six business men and women including ﻿Dr h.c. August Oetker, Chairman of the Oetker Group – one of Europe’s largest family-owned businesses – and Marie-Christine Ostermann, former head of the German Association of Young Entrepreneurs, wrote an article arguing that, “The EU does not have to move towards ‘ever closer union,’ but needs to become ever more open and flexible”: 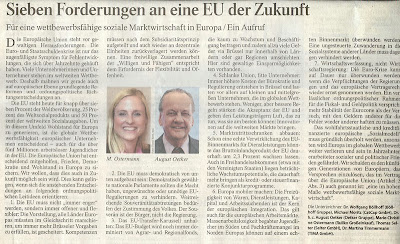 In a letter to the Sunday Times, 52 British executives and entrepreneurs demand a “bold reform agenda” focused on trade and transparency: 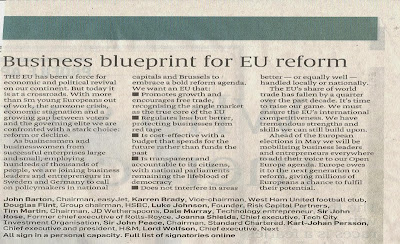 This joint initiative shows that there is a market across much of Europe for an EU reform agenda centred on making the EU more business-friendly, internationally competitive and democratically accountable. However, the only way to do that is to make the arguments heard across Europe and put so much pressure on politicians that it cannot be ignored.
This is the first step in pushing a robust reform agenda ahead of the European elections next year and beyond, and we will be encouraging plenty more entrepreneurs across Europe to sign up to this initiative. So watch this space!