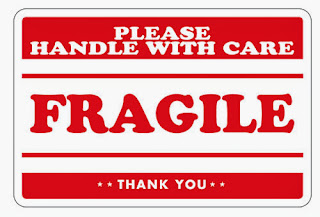 recovery in the eurozone, but does highlight that it remains fragile and that unemployment is expected to increase while further austerity also seems likely. The key figures have been widely covered so we won’t rehash them here. Below we pick out a few key points from some key countries which caught our eye.

CYPRUS
Not much new in what remains a dire forecast for Cyprus. In an otherwise sea of declining figures, net exports remains the one hope as a source of positive growth. Ultimately, any success in this area will be determined by the removal of capital controls. Until this is cleared up, significant uncertainty will remain.

FRANCE
France is facing low growth for this and next year (0.2% and 0.9% respectively). In the meantime, unemployment is going to increase slightly, as “the positive effects of the recent labour market reform are only expected to be visible from 2015.” Unsurprisingly, the Commission notes that most of the adjustment in France has so far come from tax hikes – and warns that “GDP growth significantly below potential and revenue shortfalls, which may be due to unusually low tax elasticity with respect to GDP, are having a negative impact on the nominal deficit.” Actually, the Commission already believes that, absent new measures, France will miss its deficit targets for 2014 and 2015.

GREECE
Despite a positive tone, the figures still make for difficult reading. The forecast recovery is reliant on jumps in exports and in particular tourism, something which is far from guaranteed particularly if the euro remains strong. Also, investment is expected to go from a 5.9% contraction in 2013 to 5.3% growth in 2014. Even from a low base, this looks like a heroic turnaround. Unemployment is also expected to begin dropping next year, over the course of the crisis forecasts on this front have proven misguided. The signs suggest it could still increase slightly or at least remain elevated.

IRELAND
Importantly, the adjustment in Ireland will become increasingly reliant on domestic consumption and investment, the outlook of which remains uncertain. Exports will continue to contribute but significantly less so than recently, while public spending will continue to be a drag on GDP.

ITALY
In line with the IMF, the Commission sees the Italian economy shrinking by a further 1.8% this year and then go back to limited growth next year. The Commission admits that its prediction “does not incorporate the benefits from the full implementation of the adopted structural reforms, as they could take more time to materialise.” Interestingly, the report seems to suggest that the potential benefits of “projected moderate wage growth” in terms of price competitiveness could be offset by the appreciation of the euro vis-à-vis other currencies. As regards Italy’s gigantic public debt, the Commission believes it will begin to fall only in 2015.

PORTUGAL
Again a familiar story, with a tentative turnaround off the back of increasing investment and exports. However, the Commission highlights an important downside risk from the interventions of the Portuguese Constitutional Court, which have already threatened to derail Portugal’s bailout programme. EU Economic and Monetary Affairs Commissioner Olli Rehn reiterated this point in his press conference.

SPAIN
Despite some positive signs, the Commission is quite clear that “still large adjustment needs will constrain the strength of the recovery” in Spain. Furthermore, “financing conditions for households and companies remain relatively tight, in particular for smaller borrowers.” Confirming our previous analysis (see here and here), the Commission notes that the recent decline in Spanish unemployment “was largely driven by a contraction of the labour force and some seasonal factors.” On the deficit side, the Commission has no good news for Spain. Without additional measures, the deficit is expected to increase to 6.6% of GDP in 2015. Remember, Spain has already been given two extra years to cut its deficit and bring it below 3% of GDP by 2016.

SLOVENIA
Along with Cyprus, the only country forecast to contract next year. Reliant on exports to limit this contract as domestic demand, investment and public spending collapse. The key will be the upcoming bank recapitalisation which the Commission forecasts will cost 1.8% of GDP (as we have noted before, this cost could end up being higher). Whether the government can afford this without external help remains to be seen.

GERMANY
Unsurprisingly, Germany is in a better shape than its eurozone counterparts – with its economy projected to grow by 1.7% and 1.9% in 2014 and 2015 respectively and the unemployment rate expected to keep going down to 5.1% in two years’ time. According to the European Commission, “After a temporary deceleration in 2013, growth in wages and compensation per employee is set to reaccelerate, so Unit Labour Cost growth would remain above the euro area average” – which should help the rebalancing. Interestingly, the Commission’s own figures also show that Germany is breaching the threshold of 6% of GDP for current account surplus. Will Germany get some sort of official warning for this?

A few interesting points then, but as is often the case with these forecasts, they raise as many questions as they answer. Next week’s assessment of the macroeconomic imbalances may provide a bit more meat to the European Commission’s analysis and given the recent political uproar, its view of current accounts could make for interesting reading. In any case, it’s clear that the EC continues to see this as a very fragile recovery.