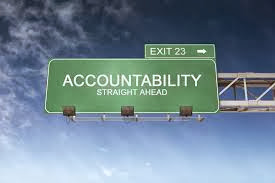 We already knew that the Dutch parliament is a legislature that takes ‘subsidiarity’ seriously. But now it has really come out swinging.

In today’s press summary, we reported on a recently published position paper on the role of national parliaments in the EU from the Tweede Kamer – the lower house of the Dutch parliament – and it includes some seriously good ideas to increase national parliaments’ power over EU decisions (the report available in English here, though the translation is a bit awkward).

Dutch MPs also want to beef up the existing ‘yellow card’ system – whereby a minimum of one third of national parliaments can force the European Commission to reconsider a proposal if they think the proposal violates the subsidiarity principle. Since the Lisbon Treaty introduced the yellow card, it has only been triggered twice – most recently this week.

The Tweede Kamer proposes three ways to boost the yellow card – all of which are excellent:

The report also tries to address the important question of how to get national MPs to work more closely together and so act as a counterweight to the Commission’s and the European Parliament’s centralising tendencies.

It doesn’t, however, propose  a new ‘red card’ system to empower national parliaments to veto unwanted EU proposals – which we have long argued for. However, on the whole, this is a massively welcome contribution to the debate.

We look forward to the UK Parliament throwing its full weight behind these ideas.