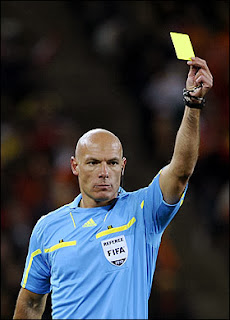 The European Commission has just been shown its second ever ‘yellow card’. Remember, this is the provision introduced by the Lisbon Treaty, stating that if one third or more national parliaments object to an EU proposal on subsidiarity grounds (within an eight week window), then the Commission has to reconsider the proposal. In theory, the Commission can choose to ignore parliaments (one of our long-standing criticisms of the mechanisms). However, in fairness, the last time the yellow card was issued – in the case of the so-called ‘Monti II’ Regulation on the right to strike – the Commission did scrap the thing.

According to the Lisbon Treaty, the establishment of the EPPO requires unanimity, and the UK would have sought to opt out, but that also means that other EU countries could have pressed ahead with this without Britain.

So the move is still significant for a few reasons:

The ball is now in the European Commission’s court. It will take quite a bit of nerve to ignore 15 more or less democratically elected chambers (*ehum*) in Europe….