Open Europe Berlin: One year on 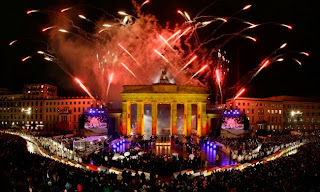 With the first anniversary of the founding of our sister organisation, Open Europe Berlin, fast approaching, it seems an appropriate time to look back at its achievements over its first year. Following an impressive launch in Berlin featuring a keynote speech by former ECB Chief Economist Ottmar Issing, under the expert guidance of its Director, Professor Dr Michael Wohlgemuth, and Deputy-Director, Nora Hesse, OEB has been making waves on the German EU policy scene and beyond. Its influence is sizeable and growing continuously.

Just last week, leading German daily, Die Welt, described OEB as having a growing influence on the German media, and commended it, in particular, for its success in using social media to contribute cutting-edge research and market-orientated concepts to the debate about the future direction of the EU. The piece notes that OEB research and proposals have “even received responses from the European Commission.”  In the past 12 months, OEB has become a fixture in both the German and international press, and for many, OEB became the go-to source for information, analysis and comment in the run-up to the German elections, including internationally broadcast interviews with the BBC and Reuters (see here for a compilation of OE and OEB’s best #btw13 hits).

OEB research is already proving to be a leading source of analysis on key European issues including EU regulatory policy; banking union; the EU budget and the EU’s current democratic deficit. Research and media commentary aside, it has also managed to secure interviews with important German figures, including the renowned German economist Hans Werner-Sinn, and Bernd Lucke, leader of the anti-euro Alternative für Deutschland party, whose rapid rise has commanded attention around the world. The OEB blog is also a regular source of interesting information and comment, including guest posts from esteemed figures such as former FDP MP Frank Schäffler, Barenberg Chief Economist Holger Schmieding and Charles B. Blankart, an advisor to German Economy Ministry.

Fundamentally, however, Open Europe Berlin has, and will, continue to play an important role in helping to understand the role of Germany in the future of Europe. And as we have been arguing for quite some time, there is great scope for cooperation between the UK and Germany to agree on strategic and systemic changes to the way the EU operates. How this dynamic plays out, will, no doubt, have an important role in shaping the future of the European Union and both countries’ places within it.