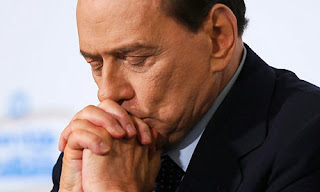 The Italian Senate’s Immunities Committee has recommended that Silvio Berlusconi be ousted from parliament as a result of his recent tax fraud conviction. The Committee will now submit a motion to the full Senate for approval within the next 20 days. The final plenary vote is supposed to be a mere rubber-stamping exercise, so we wouldn’t expect any surprise.

A couple of quick thoughts: