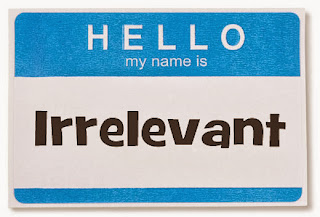 The Open Europe team is back from the UK party conferences and, when it comes to the UK’s attempt to reach a new settlement in Europe, by far the most common comment we get is: “The EU Commission won’t allow it.” Particularly true amongst the Tory grassroots. European Commission President Jose Manuel Barroso’s interview today with the Telegraph will no doubt have served to reinforce this view.

He said the only way to reform the EU was to review the EU’s body of legislation, the acquis, on a case-by-case basis:

“The other one is to have a fundamental discussion about the competences of the EU, even in terms of renationalisation. I think the second approach is doomed to failure…Britain wants to again consider the option of opting out. Fine, let’s discuss it but to put into question the whole acquis of Europe is not very reasonable…What is difficult, or even impossible, is if we go for the exercise of repatriation of competences because that means revising the treaties and revision means unanimity.”

Barroso is sort of misrepresenting the UK position – the debate has moved away from unilateral opt-outs, but let’s not split hairs. In addition to that, there are two reasons why you can take these comments with a pinch of salt: first, Barroso is gone in a year. Secondly, if it came to it, the Commission has a very limited role in the negotiations over brining powers back anyway.

The European Council has to “consult” the Commission and it also has limited representation in a so-called European Convention (needed for a full-scale treaty change, as opposed to a limited one), but that’s pretty much it. Still, it’s very good to have the Commission on-board of course, for a whole range of reasons (some of the stuff the UK wants outside EU treaty change will require a Commission proposal) but an antipathetic Commission is probably not a deal-breaker.