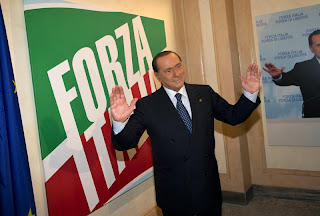 What looked like an imminent political crisis has just been defused in Italy. As we anticipated in our previous posts (see here and here), Italian Prime Minister Enrico Letta has managed to survive a vote of confidence in the Senate – the upper chamber of the Italian parliament where his Democratic Party doesn’t hold a majority.

In a last-minute U-turn, Silvio Berlusconi has decided that his party would support the government after all – turning a potential showdown into a mere formality. Nonetheless, what just happened in the Italian Senate does have consequences for the future of Italian politics. Here are a couple of thoughts.

1. Letta stays on, but uncertainty remains over what his government can deliver

The first, and most obvious, immediate consequence of today’s vote is that Enrico Letta can stay on as Italian Prime Minister and maintains, at least on paper, his overwhelming parliamentary majority. However, it remains to be seen what Letta and his cabinet can deliver in terms of bold, concrete measures to get Italy going again – not least because some fundamental differences between the parties forming Italy’s ruling coalition will remain.

One may argue that, faced with a party mutiny ahead of today’s vote, Berlusconi would have finally learnt his lesson and would think twice before triggering new crises in future. But we wouldn’t rule out new coalition rows. Berlusconi is famous for his CEO-style handling of his party, and he tends to take all the big decisions on his own – which makes him a very unpredictable coalition partner.

Another important issue is: how long will Letta stay in office for? It’s no secret that both him and Italian President Giorgio Napolitano would like the current government to continue at least until after Italy’s rotating EU Presidency (July-December 2014) – and then perhaps go to early elections at the beginning of 2015. This would still be much earlier than 2018, when the current parliamentary term is supposed to end.

Questions will also remain over whether, if the crisis deepened once again, Italy would really be able to gain access to the ECB’s bond-buying programme, the OMT. As we mentioned above, Letta has clearly won the day – but uncertainty remains over his government’s ability to push through unpopular measures.

Crucially, the ECB has made it clear that any country accessing the OMT must have a credible government in place to enforce the necessary conditionality attached to bond purchases (very likely to involve significant structural reform and budget cuts).

2. This is not the end for Berlusconi, but he’s just been dealt a hard blow

There’s another reason why today’s confidence vote is significant. Looking beyond the appearances (and the last-minute coup de théâtre) Silvio Berlusconi has, in substance, seen his plan to bring Letta’s government down disrupted by a rebellion from within his own party. Last weekend’s decision to pull his ministers out of cabinet has therefore proved a miscalculation, and will have at least two consequences:

Berlusconi has shown his resilience several times, so we are unlikely to be witnessing the end of his political career just yet – even after he’s ousted from parliament. Let’s not forget that polls suggest he maintains quite large public support, with the help of his control over a large swathe of the media. We wouldn’t expect him to take this challenge lying down. That said, his leadership of Italy’s centre-right forces has today unequivocally been put into question.

These are our preliminary thoughts. We’ll continue monitoring the situation in Italy very closely, so keep following us on Twitter @OpenEurope and @LondonerVince for all the updates.