Has the Dutch VVD moved further than the Tories on EU reform and return of EU powers? 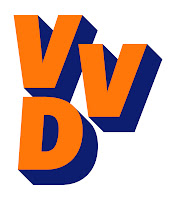 In the Dutch Parliament earlier, the VVD (the party of the Dutch PM) EU spokesman Mark Verheijen said he thought EU treaty change was “inevitable” and what is more

“when we want less Brussels in several domains, return whole policy areas, then we should not shy away from the option of treaty change.”

This is interesting for three reasons:

First, though stressing the need for the EU to do less, until now, the VVD hasn’t really been calling for the return of ‘EU powers’ – this statement is a challenge to the current division of labour between member states and Brussels.

Secondly,  Dutch politicians – including those from the VVD – have been keen to point out they’re not seeking EU treaty change, but want to roll back Brussels’ interference within the existing structure.

Finally, together with the recent Dutch “subsidiarity review” – that called time on ‘ever closer union’ in all policy areas –  the VVD Party has moved into areas that David Cameron has so far not dared not go – explicitly looking forward to and advocating treaty change and outlining concrete areas where the EU shouldn’t be involved. 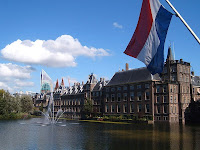 Intriguingly, however, later in the same debate Prime Minister Mark Rutte stepped in to cool it all down a bit. Well, he explained, the Dutch government is not actually proactively in favour of EU treaty change “unless it has already become inevitable”. In this scenario he would forward his own ideas but he would not take the initiative.