There is no doubt that Germany is strongly wedded to the idea of ‘more Europe’ — at least rhetorically. But when it is boiled down specific EU policies, as the new Open Europe, Open Europe Berlin and YouGov Deutschland poll shows, there is significant support amongst German voters to slim down the EU.

Key findings of our poll illustrate that the European Commission and the European Parliament are the least trusted of the 13 different national and European institutions tested. Only 33% and 30% of German voters trust the EP and EC respectively.

On the other hand, the highest ranking institution is the German Constitutional Court (trusted by a whopping 71% of Germans). Interestingly for Brussels, this is of course, the same Court which has been throwing up barriers to further eurozone integration based on its interpretation of the German Basic Law and the EU Treaties. 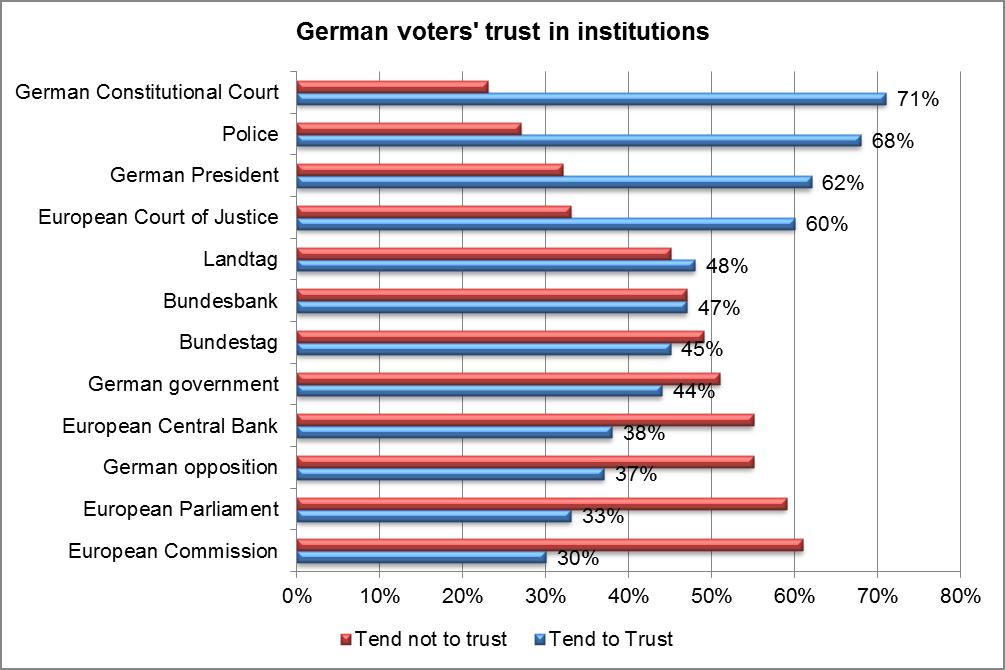 There is also significant support among German voters to devolve powers from the EU back to the member states: 50% agree that it’s a good idea, only 26% don’t. Similarly, 41% think that the EU should have less powers, 36% are content with the status quo – and only 23% think the EU should have more powers. 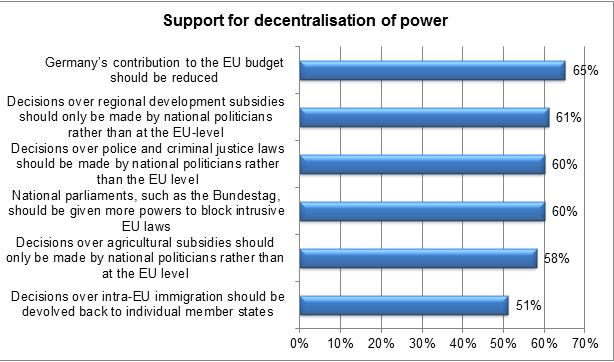 When it comes to the question of Britain in the EU, the Germans overwhelmingly want to keep Britain inside.  63% think the UK and Germany could be strong allies in reforming the EU. 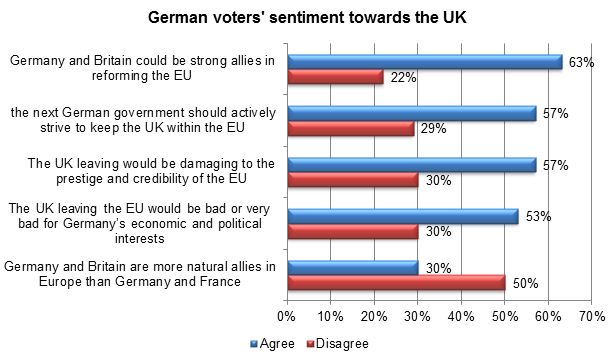