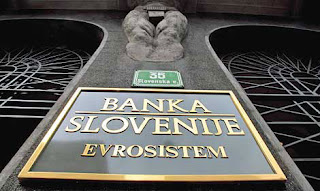 Back in the spring, we looked at who might be next in the line of eurozone bailout requests. It’s now looking increasingly likely that one of our predictions, Portugal, will require some form of further assistance to fully exit its current bailout. Now, suspicions are rising that our other tip, Slovenia, may need external aid in a not-too-distant future.

Today and yesterday, eurozone finance ministers have been meeting in Lithuania with aid for Slovenia (as well as Greece, Portugal and Ireland) top of the eurozone’s agenda.

Recap – What problems is Slovenia facing?

“I think if they stay strictly on course — and they’ve said that want to do that; they’ve supplied two small banks with capital over the weekend — then they’ll manage without it…So as long as Slovenia itself says they can manage it, we should encourage them in that.”

EU Economic and Monetary Affairs Commissioner Olli Rehn voiced similar sentiments. So far then, Slovenia seems to be happy to go it alone and (possibly with other things on their minds) Germany and others are happy to acquiesce. But with the ECB reportedly increasingly concerned about the state of the banking sector, the upcoming stress test results could be a turning point – assuming of course they are judged credible (far from a given).

If any aid is eventually forthcoming, as we’ve argued before, it seems much more likely to take a similar form to that in Spain than in Cyprus or elsewhere.