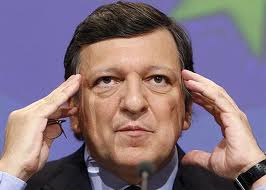 It’s that time of year again, when European Commission President José Manuel Barroso delivers his ‘State of the European Union’ speech, laying out all his hopes and dreams for the coming year – few of which make it through the decision making gauntlet.

This year’s speech seems little different and, frankly, was a bit all over the place.

Barroso talked up the prospect of greater national flexibility, but, as always, within the end-goal of ever closer “political union”. He said:

“The EU needs to be big on big things and smaller on smaller things – something we may occasionally have neglected in the past. The EU needs to show it has the capacity to set both positive and negative priorities.”

“I value subsidiarity highly. For me, subsidiarity is not a technical concept. It is a fundamental democratic principle. An ever closer union among the citizens of Europe demands that decisions are taken as openly as possible and as closely to the people as possible.

“The European Union must remain a project for all members, a community of equals.”

“I believe a political union needs to be our political horizon, as I stressed in last year’s State of the Union. This is not just the demand of a passionate European. This is the indispensable way forward to consolidate our progress and ensure the future.”

Therefore, despite mentioning subsidiarity, Barroso’s end goal remains clear – full political union. A feature of the eurozone crisis has been that Barroso and the Commission have been increasingly sidelined when setting the agenda (which member states now dominate). This is also due to the fact that there will be a new Commission in place soon.

The Q&A session revealed that, despite Barroso’s professed desire to “find ways” to “make Europe stronger”, he is rather less open in practice.

In response to Conservative MEP Martin Callanan (who had said he had no interest in being European Commission President) he said:

“Let me tell you very frankly, I think that even if you were interested you would not have a chance to be elected as President of the Commission. And do you know why? I’m not saying that happily. Because I think your party, and your group, is increasingly looking like UKIP and the eurosceptic, anti-European group. And I start to have some doubts that you’re going to be elected in Britain yourself, and if it’s not UKIP that is going to be the first force in the British [European] elections. Because when it comes to being against Europe, between the original and the copy, people prefer the original. That’s probably why they’re going to vote more for Mr Farage than for Mr Callanan. And I don’t say this with any kind of satisfaction, because even if we have some differences, we have worked very constructively with the Conservatives – the British Conservatives and the Conservative group – in many areas.”

Once again, it seems the Commission would rather help UKIP rather than work for reformers who don’t share a belief in ‘ever closer union’.

Barroso’s analysis of the crisis hinted at his on-going denial of the role of the euro in causing the crisis:

“We can remind people that Europe was not at the origin of this crisis. It resulted from mismanagement of public finances by national governments and irresponsible behaviour in financial markets.”

There is still a sign that Barroso believes that all eurozone woes were caused by the financial crisis – though it may have been a trigger and there is no doubt that national finances were mismanaged, there can (or should) also be no denying that the structural flaws of the euro are what have caused the crisis to be as long and deep as it has been.

The Commission’s hope that banking union is the eurozone cure has already come up against resistance from Germany, which is deeply sceptical of the Commission’s desire to increase its own power. Barroso’s insistence that the proposal be implemented in full before next year’s elections will not have helped much on this front and simply highlighted how out of touch he remains with the concerns of even core eurozone countries.

So, despite some lip-service to greater flexibility, reform and acceptance of the shortcomings in the EU and the eurozone, the solutions presented by Barroso remain the same – greater political integration. Fortunately, this is very likely to be Barroso’s last ‘State of the Union’ speech, while member states such as Germany and the Netherlands have shown themselves more open to reform.