No fundamental change in eurozone policy after the German elections

Today we released an in-depth briefing on the German elections, and their implications on the eurozone. The top line: don’t expect any fundamental change in Germany’s eurozone policy after the elections.

Of the nine proposals being floated to pull the eurozone out of crisis, we expect clear movement in only one or two areas, including the most important but most unclear one: the proposal for a single eurozone resolution authority for banks.

Moreover, Germany is unlikely to depart from its emphasis on ‘sparkpolitik’ or austerity. Any change here will be largely superficial: a continuation of same policies wrapped up differently. This is based on Germany desire to ‘lead by example,’ and the broad support for austerity enjoyed among the German public.

The German insistence on structural reforms, and strong controls on taxation and spending of other eurozone states won’t change either. A government lead by Angela Merkel, could, however, push for a formalised “competitiveness pact” where by struggling eurozone countries commit to reforms  in return for aid.

The question of debt pooling will remain a contentious one  –  with the recent Open Europe/ Open Europe Berlin poll, conducted by YouGov Deutschland, showing that 64% of Germans are opposed to such a step. A debt redemption fund, as has been proposed by the influential Council of Economic Experts that advises the government, may be a possibility – however, this won’t be without opposition.

See our table below (click to enlarge) which breaks down and analyses the key eurozone policy areas on a party-by-party basis, detailing if we can expect to see movement after the elections: 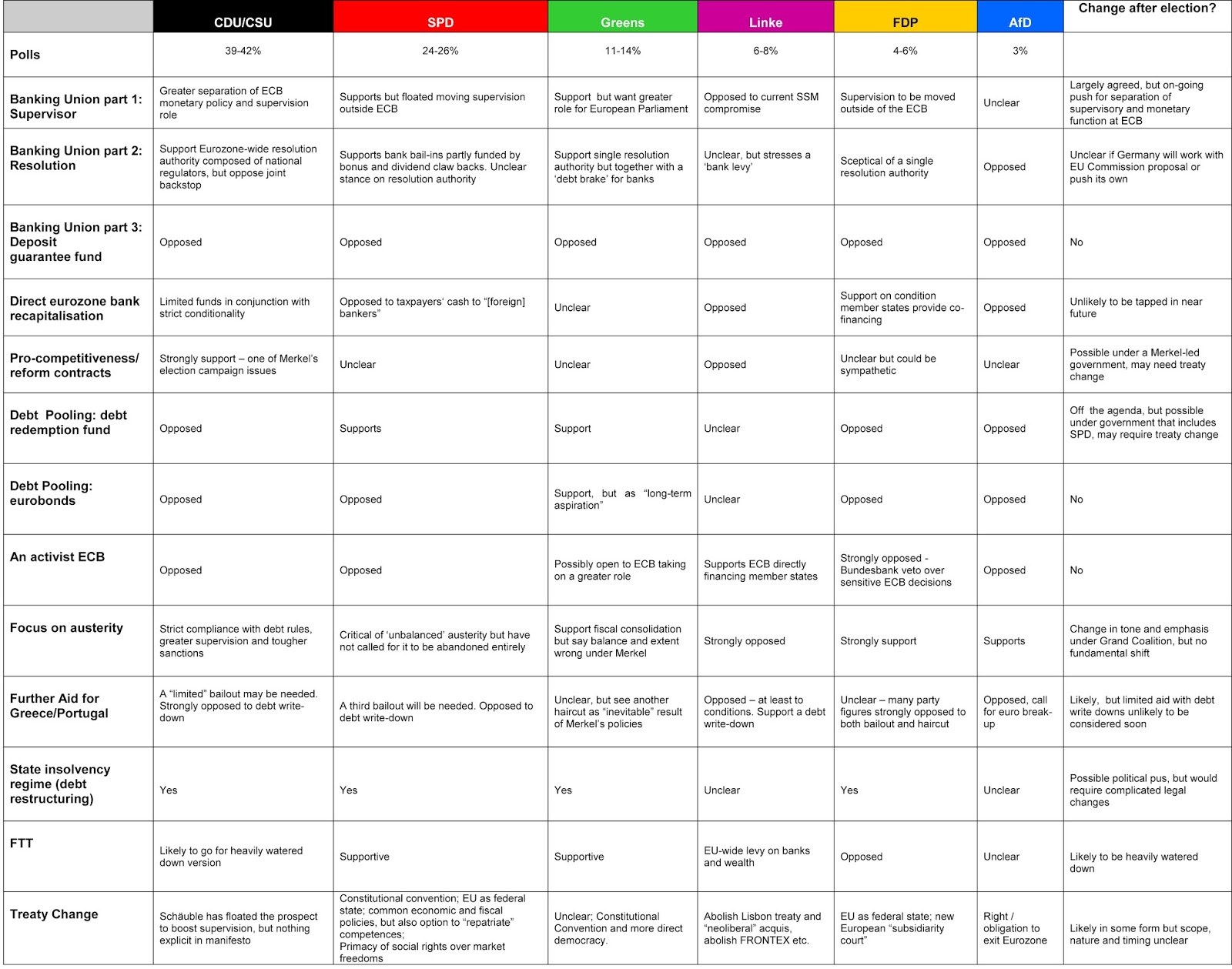