Berlusconi’s swan song may not be easy listening for Letta 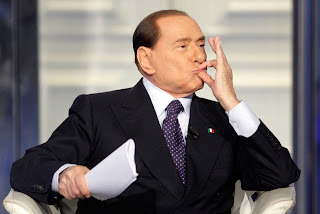 September has come, and summer is (almost) over – but the heat won’t leave Italy for a bit. The Italian Senate’s Immunities Committee has begun debating whether to strip Silvio Berlusconi of his seat as a result of his recent tax fraud conviction. As we wrote on this blog several times (see here, here and here), the outcome of the vote that will follow this debate could be decisive for the future of Prime Minister Enrico Letta’s shaky coalition government.

In other words, Italy seems to be heading towards fresh political instability. If the existing coalition collapsed, snap elections would become a concrete possibility – but not the only one. The ball would once again be in the court of Italian President Giorgio Napolitano, who would presumably try and put together an alternative majority (with the help of ‘rebel’ Senators from Beppe Grillo’s Five-Star Movement and Berlusconi’s party) before throwing the towel in and dissolving parliament.