The EU budget is a disaster that cannot save Greece 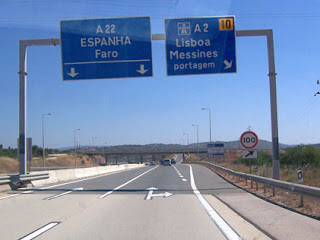 Our Director Mats Persson argues on his Telegraph blog:

Ever driven on a motorway in Spain or Portugal? You’ll notice it’s not exactly the M25 – often, cars are few and far in between (some pretty heavy congestion around Gibraltar not included).

According to some estimates, 25 per cent of the EU’s so-called regional funds in Portugal has been invested in roads, heavily contributing to a ridiculous situation where the country has 60 per cent more kilometres of motorway per inhabitant than Germany and four times more than Britain (H/T FT). Meanwhile, around one third of EU structural funds in Spain has been invested in infrastructure, further inflating an already critical construction bubble, while, like in Portugal, creating a whole host of ghost roads, airports and harbours. The EU’s own auditors have hammered EU spending on roads, noting that 74 per cent of the project they monitored in a recent investigation recorded less traffic than expected.

Welcome to the folly of the EU budget. This economic anomaly is at best irrelevant for the Eurozone crisis – at worst outright damaging.

Consider Greece. In the last week, there has been some talk of the EU budget being used in a third bailout for Greece. Although it’s not entirely clear how this could work – or how even how credible this speculation is – one way could be to reduce the amount of its own cash the Greek government needs to put up in order to unlock EU funds, known as co-financing. Depending on the circumstances, this usually ranges between 25% and 60% of a total grant. Greece currently has special permission to put up only five percent, and it wants this extended to the next EU budget period, to run between 2014 and 2020.

This is politically convenient since it draws from a cash allocation that has already been agreed (easier to sell to German taxpayers) while not coming with new, tough bailout conditions (easier to sell to Greek citizens). However, such an arrangement will also do absolutely nothing to save Greece:

This also illustrates why (almost) the entire EU budget is pretty much a running disaster, in desperate need of root-and-branch reform.