Verdict day for Berlusconi: Could a lose-lose scenario materialise for Letta? 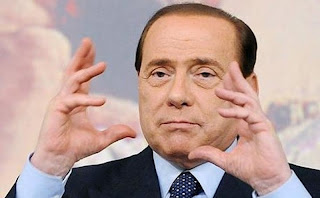 Supreme Court judges in Rome have started deliberating, and the final verdict in Silvio Berlusconi’s tax fraud case is expected by this evening. The former Italian Prime Minister is appealing against a four-year jail sentence and a five-year public office ban (see our reader-friendly Q&A for more details).

If the Supreme Court upholds the conviction, it would be the first time Berlusconi is issued with a definitive sentence, with no more appeals left. However, two further points of background are worth noting:

Interestingly, Prime Minister Enrico Letta’s centre-left Democratic Party (currently in a coalition with Berlusconi) could face a lose-lose situation there:

Now, we have the joy of waiting for the verdict. Stay tuned @OpenEurope and @LondonerVince.