A shift towards greater transparency at the ECB? 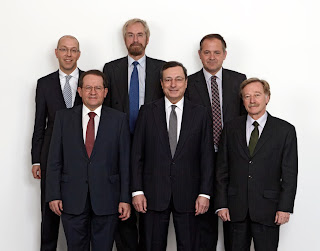 As we reported in today’s press summary, there has been an interesting development in the push for greater transparency at the ECB.

In a joint interview with Süddeutsche Zeitung and Le Figaro, Benoît Cœuré (BC) and Jörg Asmussen (JA), ECB Executive Board Members, both supported the longstanding call for the ECB to publish the minutes of the meetings of its Governing Council, saying:

BC: “Transparency is important for the effectiveness of monetary policy and for trust in the central bank. There was a time when the ECB was ahead of the curve in its communications and transparency as first central bank with regular press conferences by its president. Now the ECB is the only large central bank that does not publish its minutes of meetings. There is a demand in society for transparency and accountability. Therefore, I personally think that the ECB should start publishing its meeting minutes soon.”

BC: “The other side of the coin is, as Jörg has said, that the Governing Council has a European mandate. The governors of the national central banks come here in a personal capacity – they do not represent their institutions or their countries – and should be accountable for what they do.”

This is something which many (including ourselves) have supported for some time (see here for a House of Lords report from 2003 which provides an interesting discussion of the issue), particularly during the crisis where the opacity of the ECB (on issues such as bond purchases, legal documents and potential policies) has at times caused confusion and uncertainty. It has also hampered the accountability of the ECB and its members despite the bank playing a central role in the crisis resolution.

But all that has been true for some time, so why might the ECB be changing its tune now? The most likely reason seems to be a switch in the communication policy of the ECB, which began last month with the change to ‘forward guidance’ (forecasting future interest rate policy). Although, this did little to change the substance of ECB policy (frankly everyone knew rates would be low for some time) it is a clear shift in tactics and rhetoric. Publishing minutes fits well with this new approach for a few reasons:

All that said, the impact of this tool should not be overplayed. It is ultimately a small aspect of overall ECB policy, its main benefit is that it can provide further nuance to some of the blunter instruments (interest rates etc.). From an outside perspective it could provide a much needed insight into the decision making process – although this will ultimately depend on the credibility of the minutes (will they really reflect the true nature of the discussion) and when they are released.

On top of this, FAZ is reporting this afternoon that the ECB and national central banks will publish more details on the notoriously secretive Emergency Liquidity Assistance (ELA), although the article seems to suggest they may only release the framework or rules of ELA rather than details on its practical use and application. Still this would be a welcome, if small, step towards transparency.

Some steps towards greater transparency then, however, the underlying motivation seems more likely to be to give the ECB another tool in its new communication strategy rather than increasing accountability as an end in itself. Either way greater insight into the opaque institution playing a key role in the crisis should always be welcomed.