Double majority: the way to avoid the EU becoming a political extension of the euro? 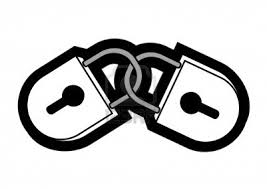 In our 2011 report Continental Shift, we came up with the idea of “double majority”, requiring a majority both amongst eurozone members and non-eurozone ones for a proposal to pass. We developed the idea further in a briefing last year.

We were told at the time that the idea was dead in the water since, as one Brussels-based journalist put it, it looked like “a straightforward veto” for the UK. We disagreed at the time, as a) there are plenty of ways to organise the double majority principle to make it easier to swallow for eurozone countries and b) the political case for safeguards against eurozone caucusing is strong – Berlin and others know that they are the ones changing the rules of the game, not the UK. Britain has the right to respond.

And sure enough, in December 2012, EU leaders did agree to introduce a double majority principle in the European Banking Authority. A reminder that those who bang on about the UK being permanently isolated or that change in the EU is impossible aren’t always 100% right…

Next week, the UK government will publish its first six reports in its “balance of competence” series, one of which will be the single market. A key question which we hope will be addressed is how do you safeguard the single market in light of further eurozone integration.

As we have said repeatedly, the crisis has led (or is potentially leading) to greater integration within the Single Currency, in financial market regulation and supervision in particular. This phenomenon has raised concerns, by us and others, about the potential for the eurozone to ‘caucus’ and impose eurozone solutions on the rest of the EU-28, which could both undermine the single market and/or simply disenfranchise non-euro countries entirely. The exact extent of that risk is unknown – euro countries have their own internal disagreements and there’s no clear cut example to date of euro countries caucusing against the UK (bankers’ bonus caps, a fight which the UK lost, was more a European Parliament-driven issue). However, even with some eurozone integration, not least with the banking union, the risk is real enough to start thinking about how to be safe, rather than sorry. The ECB, after all, has already demanded that certain transactions cleared in euros must take place within the eurozone, rather than through the City of London.

The agreement reached by finance ministers to introduce double majority voting  was a good deal for the UK and, again, evidence that reform is possible when pitched as a means of protecting something for all – in this case, the integrity of the single market.

It is time to consider whether this principle of double majority voting might be applied more widely, not simply in one EU regulator which interprets and enforces regulation but in the much more powerful Council of Ministers which decides regulation. One way to organise this would be to expand double majority to all laws. If a given proposal going through the Council is seen as either undermining the single market – for example by pushing euro-denominated business inside the eurozone – or discriminating against a country on the basis of euro membership, the double majority principle would kick in.

A majority amongst both the “ins” and “outs” would be required for a proposal to pass.

How it would work organisation-wise would need to be worked out. For example, who triggers the vote – is it enough for one country to object and trigger the double majority vote?

What’s clear is that this would be a very effective way to avoid a “not in the euro but run by the euro type scenario” – and again, there may be support for this on both sides of the eurozone divide.

We fear that the BoC reports, whilst highlighting the risk, will stay well away from exploring this type of measure (in fact, there won’t be any firm policy recommendations).

However, we’d be surprised if something along these lines isn’t a priority in a future government’s renegotiation package.