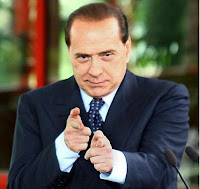 Last month, we wrote on this blog that Silvio Berlusconi’s well-known ‘Ruby trial’ posed no immediate threat to the stability of Italy’s coalition government. Instead, we noted, the real risk was the less titillating ‘Mediaset trial’ – where Berlusconi is accused of tax fraud and could be banned from holding public office for five years.

Recent events seem to prove us right. Italy’s Supreme Court has announced that it will issue the final verdict in the tax fraud trial on 30 July – much earlier than expected. The announcement has triggered a huge backlash from Il Cavaliere‘s camp and is showing once again just how fragile Italy’s coalition government is.

Berlusconi’s party wants to suspend all parliamentary activities for three days in protest against the Supreme Court’s decision, or it will pull out of the coalition – which would deprive Enrico Letta’s government of its majority in parliament and potentially make snap elections a real prospect.

The impression is that, even if this immediate threat were turned down, the survival of the Italian government may be put in doubt again shortly should the Supreme Court uphold the five-year public office ban for Berlusconi – making it definitive.

In the meantime, Standard & Poor’s yesterday cut Italy’s credit rating by one notch to BBB, leaving it on a negative outlook and only a few notches above ‘junk’ level, citing concerns over economic output growth as a key reason for the decision. A gentle reminder that the country remains under market surveillance and the way out of the woods is still quite long.

A bad time to trigger a fresh political crisis.