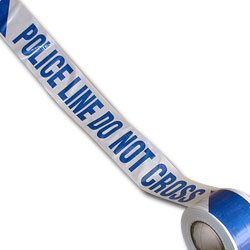 In January 2012, we published An unavoidable choice: More or less EU control over UK policing and criminal law. A year and half later, and it looks like decision time has arrived.

According to the Sunday Telegraph, Theresa May will announce this week that the Government plans to take its ‘block opt-out’ from around 130 EU crime and justice laws – negotiated as part of the Lisbon Treaty by the previous government – and then apply to opt back in to those considered of vital national interest.

The opt-out boils down to this: In the first instance, the block opt-out is a choice between accepting all the laws and rejecting all of them. Accepting them also means accepting the full powers of the European Court of Justice over them for the first time. The decision to opt-out or accept the ECJ’s jurisdiction has to be made by June 2014 and will take effect in December 2014.

However, once the block opt-out is taken, the rules allow the UK to apply to opt back in to individual EU laws. Opting back in also means accepting full ECJ jurisdiction over the law concerned and the UK cannot opt back out again in future.

Open Europe recommends that the Government should invoke the 2014 block opt-out, which would allow it to consider the following options post-2014:

– Remain outside the EU crime and policing laws it has opted out of.

– Opt back in to selected EU laws of particular importance, which would need the approval of the EU institutions and mean accepting the ECJ’s powers over the laws it opts back into.

– Or, seek to negotiate a new arrangement (a variant of Denmark’s position) whereby the UK could cooperate with other EU member states on crime and policing but outside the EU legal framework and therefore without the jurisdiction of the ECJ.

It looks overwhelmingly likely that the Government will take the second option. Given the constraints of the existing EU treaties (option 3 would require EU treaty change) and the Coalition (the Lib Dems have been fighting the opt-out tooth and nail), this is the pragmatic decision to make.

Significantly, and symbolically, it would be the first time that powers flowed back from the EU to the member states – which is a good thing. However, it is also true to say that by opting back in to some measures the UK will be accepting the power of the ECJ over thee laws. The key issue will be the European Arrest Warrant – the likelihood is the UK will seek to opt back in to a ‘reformed’ Arrest Warrant, but the question is whether there is genuine reform – some things can be done domestically but more fundamental reform requires negotiation with other governments and the European Parliament.

In our view, in the long-term, one of the priorities for David Cameron’s reform and renegotiation strategy should be to return to a system of bilateral, practical crime and policing cooperation with EU partners, which does not involve ceding control to the EU institutions (option 3).

A ComRes poll for Open Europe in May found that just over 30% of respondents selected “Allowing the UK to have control over police and criminal justice laws” as one of their top four priorities in any UK-EU renegotiation, the fourth most popular option. A subsequent poll for Sky News found that 45% of respondents specified policing and criminal justice powers as an area of EU policy that they wanted returned to the UK, the second most popular option after immigration.

No one is opposed to practical co-operation between Europe’s law enforcement authorities. But the UK does not have to cede the same level of national control in order to cooperate with other important non-EU security partners around the world. Therefore, imposing EU-federalist solutions on an increasingly sceptical public simply increases the chances of the electorate throwing the baby out with the bathwater – rejecting the EU entirely.