Doves dominate as central banks show the way ahead in Europe 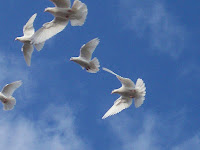 While the US has its Independence Day, Europe looks to be having its Forward guidance day.

Bad puns aside, it’s actually been quite an interesting day in the world of central banking in Europe.

First we had the new Bank of England Governor Mark Carney surprising the markets somewhat suggesting that the increase in rates which had seemingly been priced in was premature. Essentially, providing forward guidance that the BoE would keep monetary policy loose.

More interesting for us though, was that the ECB took a similar despite not much being expected to come out of today’s meeting. Below are the key points from ECB President Mario Draghi’s press conference:

It seems all this caught markets somewhat unawares with stock markets rallying and both the pound and the euro weakening in response.

This suggests that central bankers may have a trick or two still up their sleeve, although the response is likely to be short lived. Ultimately, this is not a sea-change in the policy of the ECB, the fundamental challenges facing Europe remain.