Portugal’s Finance Minister quits: A bolt out of the blue? Not really… 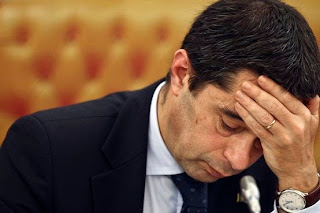 A surprise development in Portugal this afternoon, as Finance Minister Vítor Gaspar has announced his resignation. The office of Portuguese President Aníbal Cavaco Silva has said in a note that Gaspar will be replaced by Maria Luís Albuquerque – one of his deputies, with a long career in the Portuguese Treasury.

Initially, the news sounded very much as a bolt out of the blue. That was until Jornal de Negócios published Gaspar’s letter of resignation on its website. The letter reveals the following:

In any case, the news of Gaspar’s resignation hardly comes at a great time for Portugal. As we noted in a recent briefing, the country faces some tough challenges this year:

How much impact this will have remains to be seen, although in a country where the economic future remains uncertain, suprises such as this are hardly ever welcome. In practice, though, the approach is likely to continue in much the same vein, firstly because the EU/IMF/ECB Troika has shown little willingness to be flexible with Portugal, and secondly because Maria Luís Albuquerque has often voiced her support for the approach taken so far.

That said, it is an interesting reminder of the strains the bailout programme is putting on the Portuguese government, as it begins the difficult task of finding a way to smoothly exit from its reliance on external funding.