Hyped and almost always misunderstood: the curious case of ‘Thatcher’s rebate’ from the EU budget 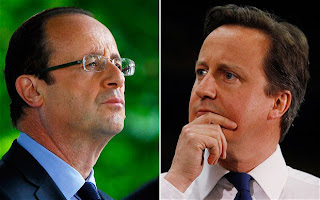 I once gave a talk at a “high-level” seminar on UK media and the EU, attended by various British and European commentators and journalists. They weren’t exactly natural Sun readers, if you get my drift.

After about an hour of complaining from the participants about how ill-informed the UK media was about Europe, I posed a simple question: can somebody in this room please explain to me how the UK rebate from the EU budget works?

Nervous laughter. Awkward silence. Then the attempted explanations. No one got it right.

Few issues relating to the UK and Europe are so hyped and symbolic as the rebate – the very cost of Margaret Thatcher’s funeral was even justified on the basis that she famously won the rebate in the 1980s. Defending the rebate is now the vocation of virtually every UK politician – and grasping it is vital to understanding the UK’s leverage in Europe.

Despite this, I reckon that only about 50 people in all of Britain actually get how it works.

Last week, EU leaders clinched a deal that will see an historic cut to the EU’s long-term budget (to run from 2014 to 2020). Headlines in the British press the day after read that David Cameron had successfully defended the rebate from a vicious last-minute French attack, while the rest of Europe read that the UK had threatened to hold up the budget deal to protect its rebate.

The reality is that both are a stretch, just as stories ahead of that crucial February EU summit – when Cameron managed to muster a group of allies in favour of a cut – claiming that the UK was “outgunned” or “would lose out the most” absent a deal were based on a fundamental misunderstanding of how the rebate works. The deal reached in February protects the rebate, so any change was not driven by the UK anyway.

The rebate effectively involves the UK getting back two thirds of the difference between what it puts into the EU budget and what it gets back. But this mechanism only covers farm subsidies to EU-15 (those countries that joined before 1995) and some farm subsidies to the new member states (the so-called Pillar II of CAP), in addition to the so-called structural funds going to EU-15. This means that the UK gets nothing back on what it spends on the EU institutions, for example, or regeneration cash and a majority of farm subsidies to new member states.

To complicate matters further, the Netherlands, Sweden, Austria and Germany have their own rebates. Unlike the UK’s, however, these correction mechanisms expire at the end of every long-term EU budget.

All of this has three major implications:

Those on the continent who think the UK is selfish should think about this one. In EU budget talks, London has actively pushed for more cash to new member states as that is where it can have the most comparative impact – even though that means a net loss for the Treasury.

So a lot of people at home and abroad have homework to do.