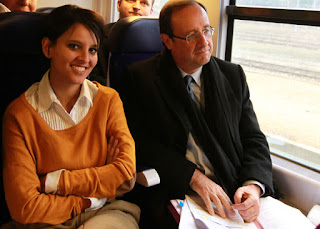 If you thought the wave of French attacks on European Commission President José Manuel Barroso was ebbing away, you were wrong. Today, it was the turn of French Socialist MP Claude Bartolone – who’s also the President of the National Assembly, the lower house of the French parliament – to fire on all broadsides.

“Barroso is an outdated man. Angela Merkel is right when she says that he is a casting mistake [not sure what Mr Bartolone is referring to here]…His way of acting is intolerable…But, above all, Barroso embodies a Europe that no longer corresponds to today’s world…Barroso is not the Europe of the XXI century, more protective, more concerned about growth and employment.”

Importantly, it seems the French government is not distancing itself from the latest remarks made by Industry Minister Arnaud Montebourg, who has accused Barroso of being “the fuel” of France’s far-right Front National and other populist forces across Europe, such as Beppe Grillo’s Five-Star Movement.

“As regards the substance of the remarks, that is, reminding the European Commission that European governments and the people they represent have their role to play on the European stage…these are remarks we do share.”

With respect to French media, Libération‘s Brussels correspondent Jean Quatremer brings up a point that will sound familiar to regular readers of our blog (remember the Le Monde editorial likening Barroso to a chameleon?). He writes,

“By promoting this [free trade] treaty [with the US], that risks translating into a rise of euroscepticism, Barroso shows that his agenda is no longer European, but Atlantic. According to our information, he is preparing to campaign to obtain the post of Secretary General at the UN or NATO. For that, he needs the consent of the Americans – hence the guarantees he gives them [on the EU-US free trade deal] and the attacks on France.”

The last time French President François Hollande and Barroso were sitting at the same table – at the G8 summit in Northern Ireland – le nouveau spat had just kicked off. What will they tell each other when they meet for the EU summit in Brussels tomorrow, we wonder…