Could Berlusconi’s trials put the Italian government at risk? Not immediately, but…

The news didn’t exactly go unnoticed in the media across Europe, but just in case: Italy’s former Prime Minister Silvio Berlusconi has been sentenced to seven years in prison and a lifetime ban from holding public office in the well-known ‘Ruby trial’. The usual caveats apply: 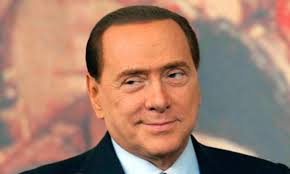 Clearly, the big question is what impact Berlusconi’s trials could have on the stability of Italy’s coalition government – whose survival depends on support from his PdL party. The short answer is: no-one knows.

So far, Berlusconi has consistently stressed that these are two separate issues, and his “loyal support” for Prime Minister Enrico Letta will not be affected by the outcome of his trials. However, caution is needed for one very simple reason. Berlusconi may be playing the responsible statesman right now, but this is in part because none of the rulings against him are definitive, yet.

Remember Berlusconi is facing several different trials at the moment. One of them (the Mediaset trial, where he is accused of tax fraud) is drawing to a conclusion, with the final verdict from Italy’s Supreme Court expected by the end of the year, or in early 2014 at the latest.

If the Supreme Court were to upheld the previous two rulings, Berlusconi would face a four-year prison sentence and a five-year public office ban – which would virtually mark the end of his political career. At that point, the consequences for the Italian government would really be unpredictable. A key member of Berlusconi’s party, Senator Maurizio Gasparri, even suggested that, if the former Italian Prime Minister were issued with a definitive public office ban, all his MPs and Senators could resign en bloc.

Berlusconi will meet Prime Minister Letta this evening. In theory, the meeting should focus on this week’s EU summit – but the ruling will almost inevitably be discussed as well. We will keep you posted about any interesting developments via Twitter @OpenEurope.