Another UK win on single market safeguards in financial services? 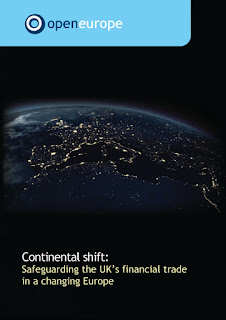 An interesting report popped up on Reuters this afternoon. According to internal documents seen by the news agency, the UK has secured another important safeguard on financial services.

Specifically, during last week’s negotiations over the controversial revision of the Markets in Financial Instruments Directive (MiFID), an agreement was reached which saw the insertion of the following clause:

“No action taken by any regulator or the European Securities and Markets Authority (ESMA) should discriminate against any member state as a venue for the provision of investment services and activities in any currency.”

This is important given the on-going dispute between the UK and the eurozone concerning the location of institutions engaging in the clearing of euro-denominated financial transactions outside of the single currency bloc.

Quick recap: the UK has launched a case against the eurozone and the ECB at the European Court of Justice after an ECB legal opinion suggested that all transactions in euros should be cleared within the eurozone. This raises questions over the City of London’s position as the financial centre of Europe, and could force trillions of euros worth of financial transactions away from the city.

Although this is a very technical issue it could be a very important one in terms of the debate about the UK’s position in Europe.

That said, we’re hesitant over getting too excited for a couple of reasons:

Some important caveats then, but there is no doubt this is a positive step and highlights that progress can be made if the UK explores all of its political and legal options to boost its position. The government must continue to do so.