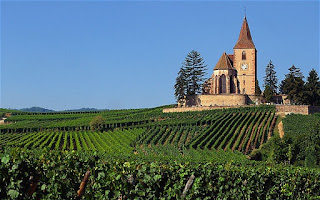 As expected, China did not take the new tariffs on its exports of solar panels to the EU lying down, nor did it see it simply as an ‘opportunity to negotiate’ as the Commission suggested.

China has announced that it is investigating illegal EU subsidies to the EU wine industry. The rational is, as the Chinese Commerce Ministry put it, because, “Wine imports from the EU enter our market via dumping, subsidies and other unfair trade practices, and have hit our wine production.”

Our headline is of course exaggerated for effect but the main point stands. This dispute has escalated significantly with the retaliation now raising the prospect of a tit-for-tat trade dispute.

It’s also been well documented that the EU is divided on this issue, with quite a few countries (led by Germany) openly expressing their opposition to the Commission’s tariffs. Other more traditionally protectionist countries have been decidedly less vocal. With this in mind, it’s interesting that China has launched an investigation which focuses on a sector heavily located in France and the Mediterranean rather than one in Germany. This could be a mere coincidence, but then it could not.

AFP reports that French President Francois Hollande has called for an EU-27 meeting to be convened to discuss the issue and create a united EU position on it (possibly to counter such a divide and conquer approach).

There are a few other interesting points to note with this investigation: